“The quality of a leader is reflected in the standards they set for themselves.” –  Ray Kroc

The heads of State, those who have taken the mantle of responsibility in Muhammad’s stead, have the authority and control to constrain their people using their police force as needed and deemed necessary for the sake of Islam. They keep the unsuspecting at bay, impoverished, uneducated, seeking enough good fortune each day to provide food for family and self. They are made strong to be used, as slaves, to serve as protectors of the grand scheme the Islamists employ as a goal towards world domination.

As imperialists seeking globalization without borders, a sovereign ideological Islam, an army of conditioned militants against the infidel is required. As a team of horses charged with stimulants, and bolstered with steroids, they are provided blinders to see only the finish line. The target has been infused with depictions of persons and materials to be abhorrent to their very senses, instilled to charge full throttle ahead, their nostrils flexing as their breathing is heavy, saliva spews from their lips, and snot drips as an overflow of combative zeal overwhelms. Their culture is but a scant and miserable life amidst reminders at the sound of the adhan and the need to prostrate oneself five times each day to honor the totalitarian as god, and the god as Allah.

There are those, the elite, that as America’s once Federalists, today’s House Democrats, are those that believe they know what their sovereignty needs and that there are few, other than those so chosen, that could guide the minions, the lessers, to do as needed to succeed in the mission. They would share the mission. Enjoin the lessers. Divide the spoils. But control the throne.

Loyalists are real and recognized; they are among the elite and have many privileges. They enjoy a higher level of education, access to the upper echelons of governmental offices, jobs in the public sector, and inside information, at times influence, or future opportunities for personal enrichment for themselves and their families, and positions of authority. It is similar to our political world where some family members, such as Maxine Water’s daughter, can receive large salaries for menial campaign tasks, as stamping mailers (over $750,000 for just a few years stamping). (Read more). Cronyism is a common term that applies.

The Islamic elitist, those selected, are conditioned to engage the populace for the cause of the authoritarians, those to whom the loyalists are suckled. The loyalists tend to be well educated, as permitted by the system in which they live. Knowing, even memorizing, the tenets of Islam are a prerequisite of their status. They are proud Islamists conditioned to respond in the way of Muhammad towards those they have been repeatedly told to hate, to despise and to avoid. They may cater to the infidel, but only as a device, as a means to promote Islam (Takiyya) and gain acceptance. The loyalists, yet, are watched closely by those they serve to insure their independence remains in check and that they have no personal agenda to seek higher office, in particular not by revolution. Privileges these select groups may enjoy, as do their higher ranking officers, are temptations forbidden by the Quran, but allowed for a few (the inner circle) without punishment.

The goal of the Islamists is a world for, or house of, Islam, Dar al-Islam. Wherever non-Islamic factions occupy regions of the universe, they are targets ripe for war, battles to be engaged with the infidels, not just the Jews and Christians. That is the House of War, Dar al-Harb. The focus of those loyal and obedient to Islam is the House of Islam.

Islamists object to Nationalism, as said (UI – Part 449) preferring Globalism, especially in today’s political sideshows, as their sovereign ideological world is without boundaries. They cater to the more liberal politicians in the West to open their borders which they politicize as being a humane gesture. This request coming from the voice of radicals whose cultures are the least humane, considered illiterate and unworldly (by design), and most oppressed. Their borders are never open.

How so many politicians in the West (Europe and America) are blind to the facade which hides in plain sight, the reality of Islamism, Islamic control and Islamic Law (Sharia), is a major concern.

Recently politicians have suggested and argued that Sharia is compatible with the Constitution of the United States of America. That is flagrantly false. Maxine Waters (D – Calif) is one. Anyone who disagrees is an Islamophobe and a hater according to her. Another is former director of the U.S. National Counterterrorism Center, Michael Leiter.

True Islam is yet to be Discovered

If all the earth was comprised of Muslims they would stumble over each other defining ‘true Islam.’ They would have prevailed in their effort to achieve dominance. And they would continue to kill each other until one ‘true Islam’ interpretation and its leadership emerged. The chaos of Islam would continue. Many civil wars would dot the Muslim landscape.

An example is Iran. An Ayatollah took over by revolution in 1979 and ever since has been diligent in lowering the standards of what was an advancing modernizing beacon in the Middle East. As a leader he focuses the populace not on progress but on Allah, a daily ritual of hatred of infidels (and the West) to alter views to comply with the Khomeini and his successors. His ideological cadre choose loyalists to compete in a scam of public elections for President. A military elect force do the bidding of the autocrat/theocrat to advance the cause of Islam and curb internal debate or resistance. Beyond the borders of this Shiite nation the Ayatollah competes to become the Caliph of a borderless Islam. Iran has become a reservoir of control, dominance, for the Ayatollah and his loyalists. The Iranian people will do as they say, or there will be consequences.

The Stew of Islam 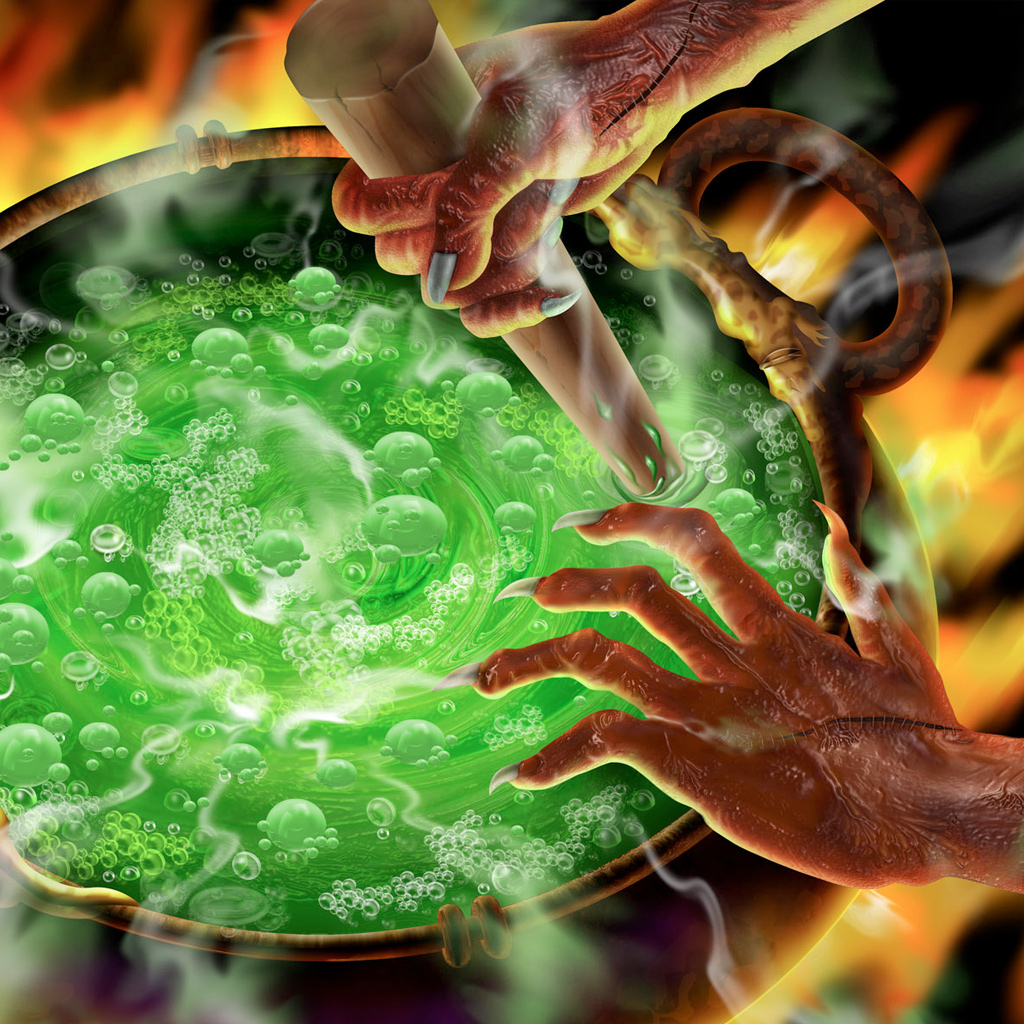 Others in the Islamist mix are Saudi Arabia and Iraq, factions within Syria and Libya, and in the Emirates. More secular, yet Muslim dominated retaining a degree of sovereignty are Eqypt, Tunisia, Indonesia, Bangladesh and Pakistan, among others. Turkey is emerging in the mix, some suspect, as do I, with President Erdogan wanting, erecting, his own pedestal upon which to be raised, to become the voice of Islam, rekindling the Ottoman Empire.  Turkey may be wise to Erdogan,  He recently lost control of a major provide, but fought hard, even calling for a re-election, in an effort to Islamize a democracy (a democracy that still flies the flag of Islam, but as a private matter).

Iran and its Shiite concept of Islam want global Islam under those in the bloodline of Muhammad. The Khomeini and his clerics have ignored the history of Shia Islam that separated mosque and State. He acquiesced to the temptation of power. How ungodly of him.

Saudi Arabia and the Muslim Brotherhood have the concept of Sunni Islam, where the rightly guided, the scholars of Islam, with an emphasis on Wahhabism, will sit in the seat just below Allah in the dar al-Islam.

There are many others, all Islamic, that proclaim their interpretation of Islam is the only way to go forward. To the world their forward remains backward; that would clearly be the case under Erdogan in Turkey.

And lest we forget the voices of ISIS, Al Qaeda, the Taliban, al Shabbab, Boko Haram and whatever militant ‘true Islam” factions may emerge in Indonesia or the Philippines or Pakistan (the Maududi’s), or Bangladesh or along the northern Mediterranean coast of Africa (the Maghreb) or within Africa itself.  The flavor of the stew varies with region and leadership. The stew, in fact, may be more a brew concocted with the remnants of historical Jihadist aggression tossed into a caldron stirred by the ulema, the scholars of Islam.

As I write, my mind spins as it asks, prays, over and over again for a breath of freedom, the voice of the Biblical God being heard, along with the biblical advocacy of equality and human rights, all sexes, all races, included. May the hearts of those oppressed by the totalitarian state of Islam itself, the scales over their eyes be lifted, to see the light of the glory that is possible in a free world. And when I say a free world I am not talking about a perfect world, but a world where people can be independent. They can choose Christ as their savior, they can choose to be an atheist, they can find other paths, but they can also discover a government whose laws are structured for the common man, not the Muslim, nor the Christian nor the Jew nor the atheist nor whatever, but for all people to live in peace.  Being tolerant, able to express beliefs without having someone behead you, or drive a Mack Truck into you or stab you would be wonderful. In essence if we take the best of all ideologies, the most human and accepting, treating each individual with respect and focus on giving them the ability to succeed, be educated, discover the world for themselves, and be rational, with the emergence of laws common to everyone as a standard, we will benefit by the light that shines to kill the bacteria that is the hatred of others.

I pray too that reasonable minds become educated in Islam, yet worldly, and see Islam’s Law of Apostasy, and death as punishment, as an error of fairness. It lacks respect for the human mind and it’s ability to discern truth. It should be eradicated from the tenets of this faith. It is a tool of weak autocrats and religious authoritarians afraid many will leave Islam, seeking a chosen path, not the one chosen for them.

In brief the overseers of Muslims are more overlords. The Islamic leaders, those in authority, are heads of State, imperialists, elitists, theocrats, Islamists, Jihadists, privileged, and globalists. Their actions are selfish, disingenuous, and where god is invoked, blasphemous.