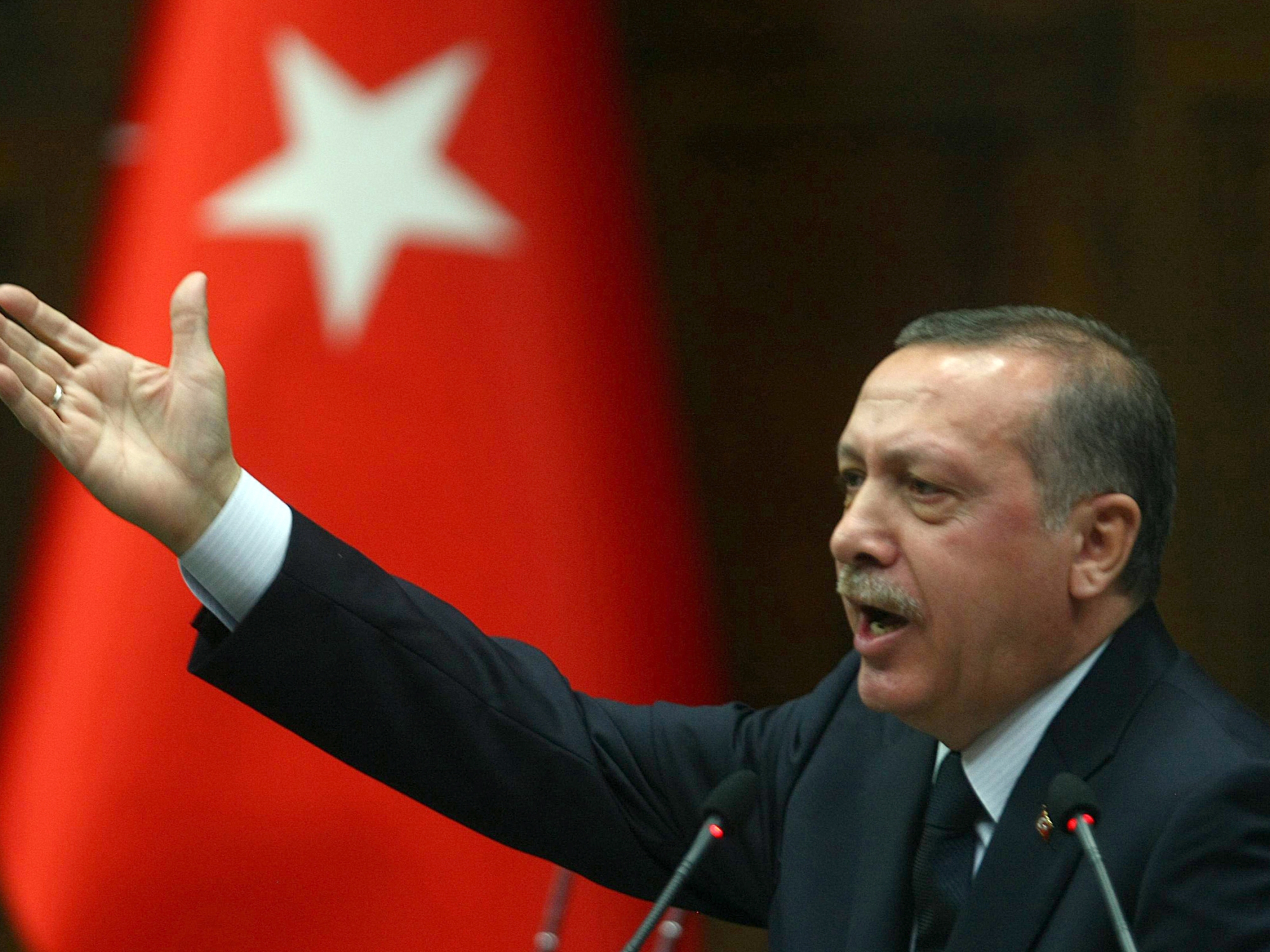 Say what you want, but not if it effects Turkey’s President, Recept Tayyip Erdogan, the wrong way.  He will be the judge.  In Turkey he is also the jury.  Oh so sensitive is this man of Allah.  He is not a man of God, as Allah is to Islam as God is to Christianity.  Erdogan is no Christian.  He is a strident, by the book, Islamist.  His heart is dark, his wants, desires and objectives are for power, converting Turkey to an Islamic Nation, and reclaiming the Ottoman Empire as the focal point of the Islamic world.

Turkey is Democratic.  Islam has been relegated to being a religion, not the Constitution of Turkey.  What was the Ottoman Empire at the time, at the end of WWI, was ended by British, Italian, French and American forces.  The Caliphate was no more.  The Caliph, or Pope of Islam, was exiled. Mehmed Vahideddin (Mehmed VI), the last Ottoman Sultan (1918–1922), the 36th Head of the House of Osman, went into exile (1922–1926) in Malta.  It was the end of a monarchy. America was less involved in the break-up, as Woodrow Wilson (28th) was more interested in the League of Nations and not repeating a world war.  Kemal Ataturk, a Turkish military leader, became the founding father of the Republic of Turkey (1923).  He modernized Turkey into a secular nation.  The hijab and Burka were removed and men dressed in suits and ties.  An earlier Post discussed Ataturk’s rise to power and transformation of Turkey. (https://understand-islam.com/2020/07/29/islam-take-ataturks-lead/).  He died in 1938.

Erdogan intends to change Turkey, making it more Islamic, less Democratic.  He has the citizens of Turkey to deal with, yet he has risen to power and retained power since the early 1990’s.  He was mayor of Istanbul, Prime Minister of Turkey and currently President (first elected 2014). He is an arrogant, political, and aggressive figure.  He has managed to have the military and police carry out his demands curbing dissent towards his actions.  Many in the media have been incarcerated.  He has engendered fear in an effort to reduce opposition to his objectives.  He was never a fan of Russia, yet sides with Russia in Syria, as well as Assad.  It is the Kurds he violently objects.  The world condemns his anti-Kurd (YPG) actions, his invasion of Kurdish-held Syria, while his countrymen applaud.  The Kurdish-Syrian border with Turkey has been problematic. Now Russia is aiding the Kurds. Turkey is conflicted. There is oil in this Kurdish region and that may be what Erdogan really desires as Turkey is not an energy rich nation.  Assad wants control of all of Syria, while Erdogan wants control of the Kurdish-Syrian area.

In the wings is the current mayor of Istanbul, Ekrem Imamoglu, seemingly poetically savvy, supportive of the aggression against the YPG, yet eyeing the office of President.  He is careful with his criticism of Erdogan.

Erdogan’s thirst for energy is present in Libya.   A fractured country with two different factions vying for control, one backed by Russia, Egypt and France, the other by Turkey.  But it is about oil and exploration in international waters.  Read more about this here (next week)(Libya’s Chaos).

Turkey is part of NATO, as is Greece.  Yet Greece and Turkey do to see eye-to-eye.  The island of Cyprus is divided because of these two powers, Nicosia the capital, Turkey to the northeast, and Greece to the southwest,  Israel has discovered oil and gas resources and is planning a pipeline crossing the Mediterranean, touching Cyprus, onward to Greece and there to connect with another pipeline to supply Europe. The agreement among parties in NATO is to come to the defense of one another.  At odds with Greece, with concerns about Erdogan’s actions also by Europe and America, having sections in place, NATO’s has problems with this rogue entity. France, also a NATO ally seeks diplomacy.

On Sept 23 (2020) there was an hour conversation between Erdogan and Macron (France). The French foreign ministry said following the call that it hoped a dialogue between Turkey and Greece could continue, saying Macron had called for a similar approach with Cyprus. It will be interesting to see how Erdogan reacts. To an Islamist appeasement suggests weakness and incentivizes the Muslim to push harder. Even takiyya (prevarication) is permitted if the objective is to achieve benefits for Islam.

Evidence of the difficulty in locating a credible, honest, Islamist can be found throughout the Middle-East, to Iran, Pakistan and Afghanistan. Nations in the Maghreb are no better. Call that a warning to fully consider, analyze and question whatever Erdogan has to say or suggest.