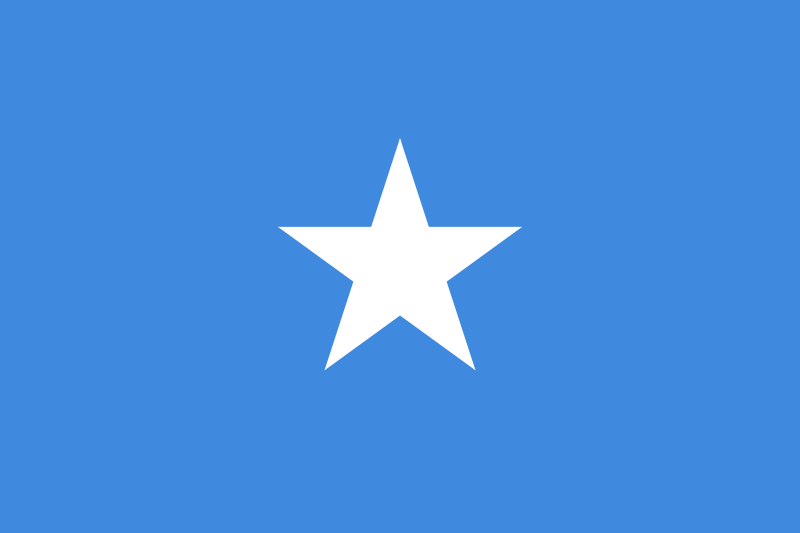 There was a terrorist attack in Nairobi, Kenya on the Dusit hotel (1/22/2019) where more than 20 people were killed.  An Islamist terrorist group, Al Shabaab (‘AS’), claimed responsibility.  I was asked about this event at a recent luncheon and herein will share my research and response.

The claim of the terrorist Al Shabaab attackers was revenge action for Trump’s decision to move the US Embassy in Israel from Tel Aviv to Jerusalem.  That may be their claim, but the killing acts by Al Shabaab in Kenya are a continuation of resentment for Kenya’s armed forces coming to Somalia’s aide to fight the Islamic resistance (Al Shabaab & Hizbul Islam, now merged into AS) that stirs the pot of the civil war in that Country.

Kenya is the Western neighbor of Somalia.  Somalia is a country of about 15.5 million people, of which 1,000 or less are Christians.  It is predominantly Muslim.  It is bordered by the Indian Ocean to the southeast.  It’s northern shore is the Gulf of Aden.  Yemen lies across the Gulf to the North.

When asked and aware that AS was involved, it was odd that my mind went immediately to Mogadishu and Black Hawk Down.  But that was in 1993.  This was 2019. Al Shabaab (means ‘the Youth’) is an Islamist terrorist group based in Somalia.  Somalia is a war torn region constantly confronting AS, as they attempt to make Somalia an Islamic State, its laws entirely Sharia, and its secular government displaced by political Islamists that cater to the more Wahabbist ideals of Islam as applied by AS. AS sees the structure of Somalia, even though it is predominantly Muslim, as ‘an enemy of Islam.’  AS is designated a ‘terrorist organization’ in the United States, Canada, Australia, the United Kingdom and the United Arab Emirates. AS consists of at most 10,000 militant jihadists. At one time they controlled Mogadishu, but now they operate in rural areas where they have much control.

The United States has aided Somalia in its attempt to curb AS.  We have provided drone strikes killing militant leaders, to include a 2014 (September) strike that killed Ahmed Abdi Godane, the principal commander of AS at that time.   But AS continued with the Westgate attacks (Mall in Nairobi, killing 71, over 200 wounded, Sept 2013) and Mogadishu bombings (10/2017 – truck bomb – 587 killed, 316 injured).

Droughts in this East African region have led to the need for aid to help provide water and food stuff for residents.  NGO, aid organizations, came to help.  Tens of thousands of people crossed the borders of Somalia into neighbors, Ethiopia and Kenya, seeking refuge.  AS does not want the aid groups there and resists their presence.  2011 was a bad year.  During the crisis AS set off bombs in Mogadishu killing over 100, injuring over 110.  The suicide attack (October 2011) was on a government structure (the Transitional Federal Government complex).  AS’s insurgency in Somalia began in 2007.

Somalia’s history is one of sultanates, colonists and civil strife.  Somaliland is in the north, between Somalia and Eritrea.  It has declared its independence, but is yet to be recognized as such.  It was colonized by Great Britain during its colonization era (from a base in India)(the Great Empire) and remained so until WWII when the Italians invaded, winning its one battle without German aide, and occupied as Italian Somaliland for 6 months (’40-’41).  The Brits returned. Somaliland became a Republic, with UK blessing, in 1960, and joined with Somalia to be governed as one entity (Somalia Republic)

In 1969 the President (Abdirashid Ali Sharmarke) was shot by one of his bodyguards when exiting his vehicle.  A military leader, Major General Barre, a former Italian colonial police officer, ardent Marxist and nationalist, instituted a military takeover. He was influenced by soviet advisers during the 60’s. Barre then ruled, guns on the ready, as a socialist government. Capital and infrastructure improvements were conducted, but rural unrest grew as leading clans in this tribal nation reached a boiling point resulting in civil war by 1991. Mogadishu was a central element in recognizing Somalia, but Islamic influence in the rural areas created Sharia (Islamic) Courts to oversee populations and act as local police forces to reduce crime and control residents. There was oppression as a strict adherence to Islamic Laws was imposed when possible. The insurgent groups controlled these courts. Inherent in the Islamic courts were persons of a rebellious strident jihadist temperament. As evolved.

The insurgents, mainly AS, wanted an Islamic State, an Islamic theocratic nation. They had little regard for the people when faced with long periods of drought and a need for food and water.  They simply wanted to govern their way.  The military junta was not able to curb the growth of the resistance leading to a decision by the United Nations (UN) to send in peacekeeping forces to provide a semblance to stability. Humanitarian relief was the aim due to war and starvation.  They entered the picture in the early 1990’s. But the fighting continued. The Warlords resisted. Their power base was threatened. Getting supplies to the areas where most needed was difficult. In 1992 the United States offered its help. (Bush ’41 was President at the time).

The Islamic Courts (ICU) joined as a political party in resistance to the administration of a  rival transitional government (the ‘TFG’) as the Republic of Somalia collapsed.   Neighbors, Kenya and Ethiopia, willingly helped, using military, to establish order and provide humanitarian assistance. The most active conflict zones were in the south, near the border of Somalia and Kenya.

One relief effort resulted in the Black Hawk Down incident in 1993 in Mogadishu.

In 1998 (August) US Embassies in Kenya and Tanzania were bombed simultaneously killing more than 200.  That is when we first knew of Al Qaeda and Osama Bin Laden. Bin Laden said the sites were chosen because of the ‘invasion’ of Somalia.

Military forces from Kenya and Ethiopia that assisted in the early 90’s continue to do so, in an effort for peace, having many refugees already in their countries seeking food, water and safety. Resentment towards these nations for their helping a secularist Somalia and the aid organizations continues to fester in the souls of AS as they use their guerrilla tactics to disrupt any opportunity for peace and greater democracy in the Republic of Somalia (Somalia and Somaliland).  They commit terrorist acts to maintain a presence and recognition for Muslims who they insist should be more radical and insist on an Islamic State.

The turmoil in Somalia is not a fight uncommon to other areas of the Muslim world where political Islamists, offshoots, affiliates and loyalists to the likes of Al Qaeda, ISIS and the Taliban, operate.

It was under President Clinton that the Black Hawk Down incident took place.  He came into his Presidency at a time of great turmoil in Somalia, but had other issues that were of greater importance to him.  He actually ignored the presence of Al Qaeda, even when they attempted an assassination when Clinton visited the Philippines.  The foiled attack came during his visit to the Asia Pacific Economic Cooperation forum in the city in 1996. (read more)

This is just an update on history and places where political Islamists continue in an effort to spread their blasphemous ideology of hatred and control wherever possible in the world.  Many events have been quickly forgotten by the media, when they should be considered as part of the whole of the effort by Islamists to take over the world surreptitiously or by force wherever possible.  Time is on their side.  Many liberals, ignorantly, appeared to be on the side of the Islamists as well.  They are fooled by the religious claim of this deceitful ideal. Understand Islam.  One example of what is said is Osama Bin Laden and Al Qaeda.  It was not until 911 that the names became a common theme of the aggression by these terrorist political Islamic forces.  Yet they were known.  The Press did little to properly investigate and alert its viewers and readers to the possibilities.  The White House was at fault also.

Understand Islam. Understand the logic of your politicians too.