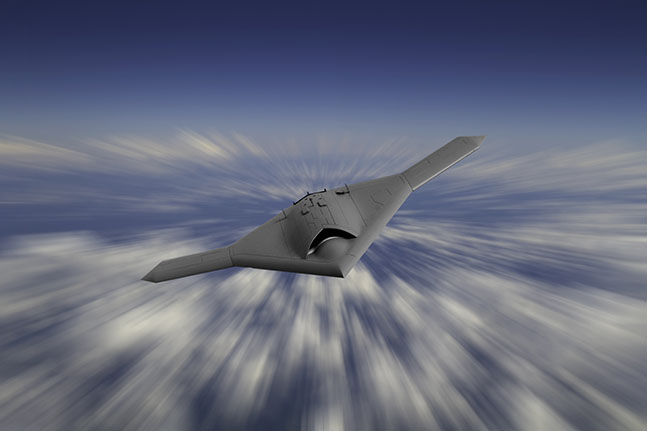 From the beginning of the 20th century the world has changed considerably.  There have been geographic, technological, industrial, material and philosophical changes.  The British Empire dominated at the start, finding resistance with the Second Boar War (1899-1902).  The Empire’s influence was under attack. The British prevailed, but not without public opinion in many colonies adverse to the UK. That was followed by The Great War, or World War I (WWI)(1914-1918).  Loss of lives in that war were overwhelming, able bodied men (mostly) that would have been artists, world leaders, successful entrepreneurs and productive workers.  European countries that lost many lives also lost their appetite for war.  Confronted with an imposing threat from Germany in the late 20’s and in the 30’s, France and England abandoned those in Austria, the Deutschland safe-zone, Czechoslovakia, and Poland. Their political leaders sought to negotiate and appease and not take up arms to resist an impeding threat to peace (and the Versailles Treaty).  This lack of action and commitment led to the next war, WWII (1939-1945), and further devastation to the fabric of Europe, West and East, as well as Great Britain.

From The Weekly Standard, November 26, 2018, “The Long Shadow of the Great War,” Joseph Loconte wrote, “A hundred years ago, on November 11, 2018, another war begun by two European states – a local squabble that escalated into global conflict – came to an end. Struggling to describe its scope and destructive power, the combatants called it the Great War.  Like its Greek counterpart, the war ravaged soldiers and civilians.  Over the course of four years, roughly 20 million people were killed, another 21 million wounded.  National economies were ruined; empires collapsed.  The war to ‘make the world safe for democracy’ left European democracy in tatters.” In fact, there was nothing ‘great’ about it.

The devastation and loss of life from WWI changed hearts, minds, attitudes, cultures and economies. Countries did not want to face another such conflict ever again.  But that was not to be.

Where God Fits In

Attitudes toward God, in the center of the Christian world, stained the fabric of belief in a loving, caring God.  Hope for many was lost too. It was tragic.  Ruins dotted the landscape, but also the hearts and souls of humans.  God’s grace needed further understanding.   Many persons in Europe and England, a Christian centerpiece with significant history, became doubtful and lost faith.  Atheism grew and the writings of philosophers and critics of Christianity became more widespread and accepted.  Was there a God?  Does God exist?  Do we live for God or do we live for ourselves?  Materialism and self-centeredness became a personal choice, versus the Biblical urge to live a life purposed for God.  Sin was questioned, as an ‘if it feels good and does not harm others, do it,’ attitude was more common.  The vast majority remained Christian (Catholic and Protestant). However, times were changing.

Technology and science aided the ability to fight battles with fewer lives lost, but resistance to fight remained.  That is until the Nazi machine progressed too far, even with significant Russian intervention and success, followed by Japan’s invasion of the United States at Pearl Harbor.  That Day of Infamy (December 7, 1941) brought the United States into war on the sides of the Atlantic and Pacific.  More lives lost added to the doubt.  Why would God allow so many lives to be lost?  Why was an evil mind, that of Hitler, allowed to develop an army and the strength to overpower so many modern and civilized free nations. Japan’s Hirohito was another master of evil with an imperialistic plan of conquest thirsting for more land for their chosen people.

The free world had to defend itself.  It took a long time for the United States, its President Roosevelt, to commit to war, probably too long.  Americans did not find the idea of war popular. Also the war had not struck the shores of the east or west, from the Atlantic or the Pacific, in devastating ways. We were officially ‘neutral.’  Only news of losses in England and Europe and in areas of the Pacific and China were known through news services.  American lives were not at stake. The US was helping, indirectly, under Lend-Lease. After the surprise attack on the U.S. Navy fleet harbored in Honolulu, a direct assault on our Nation, Roosevelt was more than justified to say, ‘We are now at war.’  Germany (Hitler) declared war on the United States a few days after Pearl Harbor (12/11/1941).

Again lives were at stake, many, many lives, and families were broken.  War is never good.  A few leaders make decisions that effect millions, their citizens, and conscript them to fight for a cause, justified and in some cases not.

What Hitler did as he gained political capital and built an army was to use his army as a club on his own people to force them to carry out his war, his plan, his Mein Kampf.  He forced people to work for no pay, only their lives, to build the machinery of his war.  Why would a man do this, a brutal dictator using people, some willingly, many captured, enslaved, and at the risk of their lives, to do his bidding?  He was an ideological monster whose ambitions led him to destroy any dissent, any who resisted, any he disliked, any who were not able, any who refused and any who did not perform. Attempts at negotiations or appeasement never worked, accept to cause Hitler to see his opposition as weak.  He took advantage of any overture that provided him more time to grow and expand his power.  He only needed himself to justify his actions.  Those that benefited financially and with power stood at Hitler’s side and acted on his behalf, becoming as demanding and bloodthirsty as Adolph.

Hirohito brainwashed his people and his military with a religious zeal, under the banner of shintoism, a love for the Emperor as god, fascism, which was taught in schools and foisted upon every citizen as a requirement to be Japanese. To the Japanese the emperor was ‘kami.’ His suicidal forces of evil were kamikazes.

The weapons of war were continuously improved. So too the methods and the tactics.  New means of mass destruction were invented.  How to kill humans was the effect of weapons accurately aimed and imploded. Advances achieved levels that appalled the common man.  The use of the atomic bomb on Japan startled the world, not just those engaged in battles.  America was not the only country building such a death weapon. But advances have also reduced lives lost, focusing on reducing collateral damage, while achieving the desired result of victory, overthrow of a demonic force, or the takeover by a warrior, not necessarily for good, but evil.

Advances in weaponry have not slowed, as nuclear and laser are now terms applied to the means developed countries have to attack and destroy neighbors and foreign nations far away. The heavens have become avenues for the transport of death machinery to their target.  Unmanned delivery systems have been and continue to be perfected.  Those firing the gun may not be killed, but the recipients will find masses needing graves, that is if their whole or parts can be found after the bullet has struck.

But now we have surreptitious means just as effective as weapons.  The use of cyber, intellectual methods, the internet and even social media.  There are many areas of the world that have not modernized, but the methods of war and the instruments of war have.

With WWII and then Vietnam the bitterness of loved ones taken again added to the God crisis.  Why God, why God?  Then along came oil in the Middle East.  With the help of Britain and the United States oil wealth was created in Muslim lands.  Poor bedouin cultures became potentially wealthy, yet such wealth was taken by the leaders for their benefit and to carry out the Will of Allah.  Allah could be thanked by using the excess funds to spread Islam, the example Muhammad.  Saudi Arabia emerged as a monarchy with substantial wealth, the Wahhabist Imam’s at the sides of the autocrats to give them a religious aura. Muslim majority nations are today architecturally developed and modern in many areas while the majority of citizens remain poor and enslaved by the ideology of Islam. While the 21st Century appears as a cityscape, the 7th Century prevails in the treatment and constraints imposed on the majority.

The oil was needed for both WWI and WWII, and payments to Iran and Saudi Arabia made the clerics and autocrats in these locales rich.  The free world did not see them as a threat, and still do not understand Islam.  Yet Islam has found a way to imperialize, taking territory and gaining access to resources for Islam.  Where Islam failed in the 8th Century from the south and the 17th Century from the east to invade and conquer Europe, their primitive weapons held high, today they come unarmed by boat and train to occupy free countries, with parallel societies, overwhelming the areas with Muslim immigrants well in excess of what any nation can properly vet, absorb or accommodate. It is the invasion of Islam into new territories for Allah.

Wars will never end, so it seems.  We are faced today with the frustration of Islam, having never achieved its objectives in the West, to include Europe and America. Their struggle is now being fought using new methods, to include ‘invasion’ in large numbers, to occupy and establish a foothold, seemingly non-confrontational at first, but more political and separate as numbers grow.  Some view this as a religious war, or Holy War, while many in the halls of the structures housing the elected are remiss to use that label.  Islam, unreformed, is a threat to the free world.  Reform itself is a battle of interpretation and want for a peaceful world among moderate Muslims.  The ‘fear’ that Islam establishes for those that resist has been enough to stay any reform.

Civil wars within the borders of Muslim majorities are a quest for control. Socialism may be a perceived structure, the people benefitting from the oil resources and any production of goods. The state is controlled by the mosque.  The mosque and its clerics are the legislature that make law, law from the tenets of Islam, the texts considered as religious texts. The administrators of each society apply and enforce the laws.  The laws are only for Muslims, and even non-Muslims must obey, or be extirpated.  Punished for resisting, preaching about another religion or non-religion (atheism), or just criticizing Islamic Law as inhumane, restrictive and even a death knell for those that leave, justifies the political Islamic police to act.  Ridding societies of those who create ‘mischief’ that can alter the thinking of a Muslim, or as an example to others that might raise their voices, is a common practice in Islamic cultures.

In UI – Part 567 to follow, “Major World Changes – Invasions – Islam – 21st Century War,”  what is Allah’s Will when it comes to invasions, conquests, and the future. War taking a new form, invasion of bodies of malcontents.