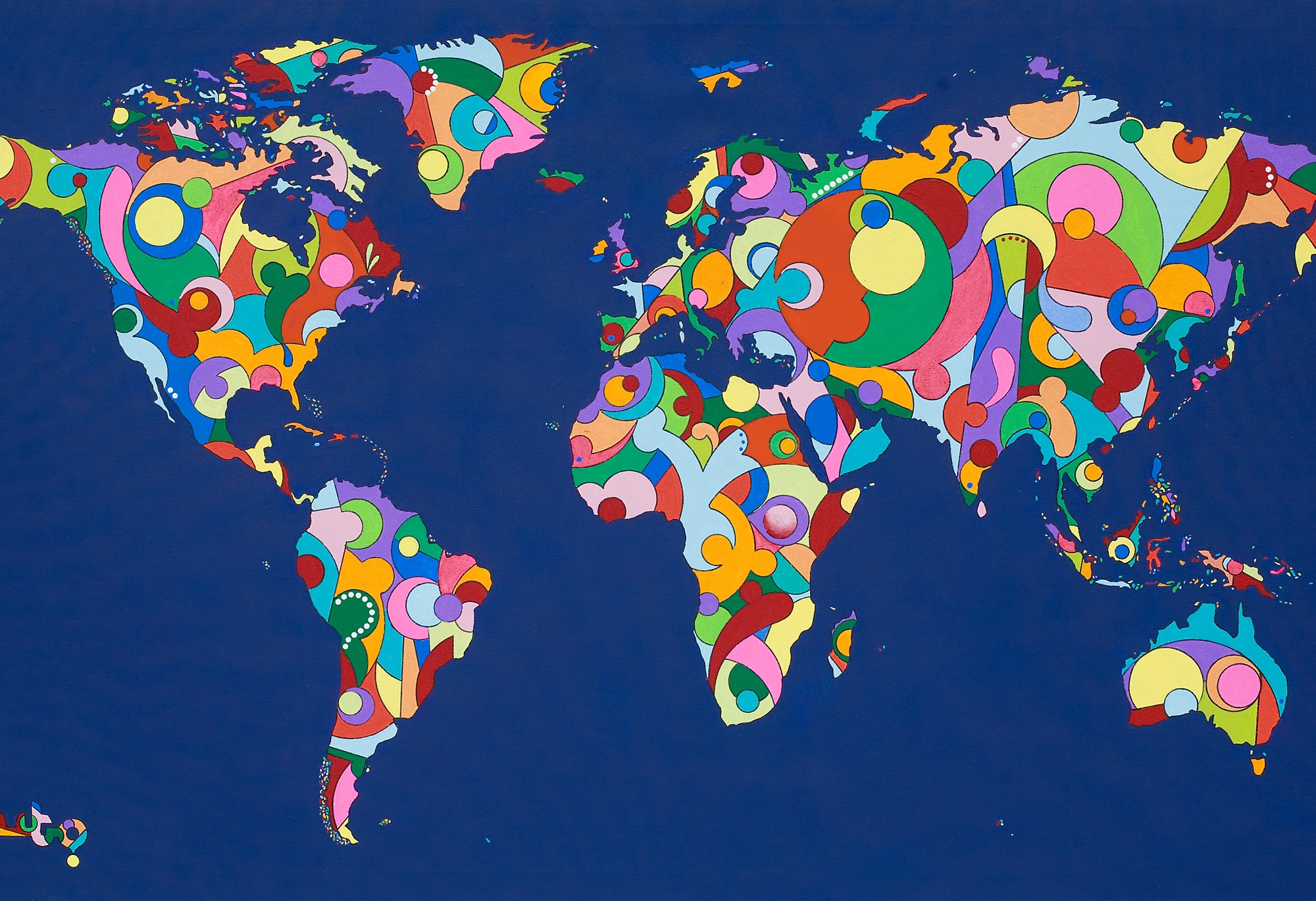 With recent elections in the United States and Europe the concept of Nationalism has been discussed.  So too Populism.  Populism in its simplest definition is what is popular at the time. However it usually applies to those seeking to overturn the existing establishment. Those on the outside looking in wanting their platform to gain the support of popular opinion and have a majority then elect their candidates and make the popular choice. Those in power are often surprised at the outcome expecting their reign to continue.  The liberal mindset today is finding a groundswell of conservatives filling their rearview mirrors.  From a liberal push for multiculturalism and globalism creating separate ghettos of cultural and religious factions, the conservative and fiscally responsible are seeking greater protections of their societies and borders.  Nationalism is the theme.  Today movements to tighten immigration policies restrict the invasion by potential radical Islamists into free nations, maintain immigration flows that do not exceed the capacity of countries to accommodate new residents, reduce the size of governments, control spending and provide greater safety to residents by improving border security and curtail unwanted illegal immigration.  What were the buzz words of years ago, ‘globalism’ and ‘multiculturalism’ have been analyzed, considered and debated and found less than attractive to the free world.

Globalism wants no borders and the free flow of goods and people everywhere.

Multiculturalism favors those who do not assimilate through an appeal to have societies embrace many cultures.  This liberal intelligencia mindset is giving birth to multiple cultures, religions and ethnic groups living separately, maintaining traditions, languages and heritage which may not be compatible with the host country.  Some call the concentrations ghettos.  The term ‘no-go’ zone has been used.  When these island community impose laws at variance to the Nations laws the fear is the identity of a Nation is in the process of being lost.  As much as a respite for cultural identities sounds noble what it dismisses is the need for cities, states and nations to maintain their history, their appeal, their laws, and their own traditions, with equal treatment.  When you think of British, the monarchy, changing of the guard, lorries and bobbies, a stiff-upper-lip, that characteristic accent and London come to mind.  As to France we have Paris, the love of the french, the beaches on the Mediterranean where bathing wear is minimal or not at all, red wine and fine cuisine.  We can proceed to Italy, Germany, Eastern European areas, then cross the ocean to America and find unique cultures, interests and attractions.  Who wants all that to morph into a multiplicity of sameness by area that is not currently representative of the whole?

Islamist’s seek no borders.  Islam exists to expand and continue into territories now held by those whose true Islam differs one from another and to new areas, places heretofore un-Islamic, areas they believe should welcome them.  Allah’s Will is for a global presence of Islam under one head, the Caliph.  It is the Caliphate that defines for Islam what globalization means.  It finds acceptance of multiculturalism a convenient pathway to enter and engage with new cultures, while maintaining Islamic laws and sectioning themselves off from others, benefitting from entitlements offered all residents, including immigrants.  The benefits are as the jizya tax the Quran demands infidels pay the superior religious group of Muslims so they can devote themselves to Allah and jihad to expand the ideology. They live better in the free countries to which them emigrate, as Muhammad’s Hijra from Mecca and Medinah, than in their homeland, crediting Allah for their good fortune and blessings. From the Quran, Sura 4.100, “And whoever emigrates for the cause of Allah will find on the earth many [alternative] locations and abundance.”

Multiculturalism and globalism opens the door to a new cultural invasion, which if allowed to remain independent and grow alters the course of history, and modernization/progress, to that of a new culture, a culture potentially resistant, once well established, to the presence of any different way of living or thinking. That concern is greatest when applied to Islamists and Muslims that had never before lived where they are now emigrating.

The cause of Allah remains the imperative for the Muslim migrant.  They are not in new places to adopt the new culture but to bring Islam with them.  And if they are there to change the laws, the Constitution of the Nations where they move, are they serving the needs, the ethic, the liberties, the tolerance, the pluralism and the common requirements of their new home? If not, then why should they stay, other than to cause disturbances and demands as a minority to cause change.  In fulfilling their desires, not those of the majority at the time of their initial arrival, they achieve what Allah Wills.  Being obedient to Allah, the Quran and Muhammad is to be good and to be made more eligible for Islam’s paradise.  When they are a majority, then they will, as takes place in other Muslim majority nations, ignore the demands of the minorities, even eliminate them as dissidents.

Before Islam tribal cultures engaged in internecine warfare. A village finding its supplies diminished would strike out for its neighbor engaging them to the end to succeed or fail. Or out of boredom, wanting something to do, with swords sharpened, they would head off to defeat an enemy or an unsuspecting neighbor.  In success they would be rewarded as their stores of food or treasure would be enhanced until the next opportunity or need for conquest. The Caliphs after Muhammad, leading the army formed during his lifetime, would surprise and engage East and West unsuspecting targets. Easy prey fell and their cache became the spoils shared by the insurgents. Encouraged, additional exploits followed. One particular battle into Persia yielded treasures far beyond expectations. Allah is great they believed. So today when the emigrants land on shores that readily bless the arrivals with stipends, housing and luxuries heretofore never before enjoyed, Allah’s greatness again prevails. So they invite more to follow.  If the lands are in time engulfed in the All for Allah ideology the logic may well be the largesse will continue to flow as honey from a well maintained hive. But that is only if the bees are not all killed in the interim.

Ignorance is not Bliss

There is a diabolic objective to Islamic emigrations that the liberal left, the progressives and the socialist mindset ignores, or is just uninformed or too accepting for their own good, or that of their neighbors. Fascists insist they are right and refuse to hear, debate or even allow their opposition to speak.  Freedom of speech is problematic as words said may differ from desires, positions or preferences which they cannot tolerate.  How does the liberal who objects to the Trump victory and trashes campuses and city squares in protest, violence as an expression of their loss, showing no tolerance for the victors in free elections, look any different from a radical Islamist that disagrees with a Christian, a secularist, a non-Muslim, or anyone who finds their arrival objectionable?  What makes them so righteous?  They limit their tolerance to only those whose ideology is the same, as long as they agree on ‘same.’  That is where they claim peace, but cannot find it.  Pluralism is a problem for them yet they cry for increased immigration, open borders, more diversity which is accompanied by varying viewpoints. Are the new arrivals required to agree with them, and only them?  If they differ are they as Uncle Toms or Aunt Bee or Cousin Vinny. Will they become frustrated by their false declaration of openness when they discover their neighborhoods are not filled with the celebrities they prefer, or the look they demand?  Their minds are in chaos.  Landed on new shores their objective of sameness, under Sharia, will remain the target of the arrows they carry.