(Note:  This is the second of two parts.  The first was posted yesterday.)

To summarize Part 1 – Consider a world without Islam.  An ideological body with a heritage of war and hatred, isolationists, would be eliminated. Those with a learned attitude of superiority tend to closet themselves, deny modernity, avoid other cultures (especially of another faith), and become as islands of contempt.  An analogy is made to battleships, destroyers for the Muslim, due to a selfish and hateful nature through cultural upbringing and the dictates of scholars erecting boundaries of independence. God (if Allah is also) created ALL people, thus we are all his children. Humans must all work together to ‘subdue’ this earth, making it an Eden that can sustain everyone equally, even those who disagree.

A given battleship is not Eden. 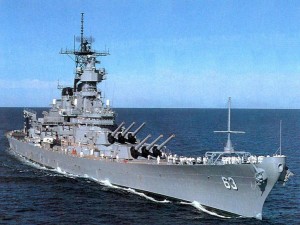 The fleet that has a common cause, a common belief, is not Paradise. It takes a union of differing thoughts and philosophies that are allowed to express themselves and share without condemnation. When reduced to personal attacks, verbal or with weapons, the aggressor is usually without a cogent defense for the concepts presented. They feel persecuted and must resist using irrational tools. The enmity they feel toward the persecution, the persecutor, they perceive, is a lack of objectivity concealed by an abundance of selfishness. For the Muslim, the Islamist, the one ingrained with the hatred espoused by the life of Muhammad, the sayings of Muhammad, the words of Allah as reduced to paper in the Quran, and a myriad of writing by experts on the history of Muhammad and Islam, taught by the scholars of Islam, the ulema, who were raised and instructed by their masters to build upon the practices and methods of the terrorist Muhammad, their battleship is more warrior driven, greed propelled and fueled by hatred. Can such a ship of the State of Mind of Islam be stopped?

The armada that must be floating can unite to defeat the vilest corner of the venom infused Islamist slithering asps that fill their fangs with only putrefied bile and repeated doctrines of satanic objectives. They raise a sword against those who attack only with a pen. They have been invaded, their fleet corrupted, by the Eden invader. As ants invading a peaceful picnic they can be stopped, sprayed, killed in their tracks, but they still have a haven from which they can emerge in the future to repeat their raids to gather food and supplies to satisfy their need. With God on our side we can succeed in defanging this boiling caldron of enmity, but it takes those living in the weeds, the moderates who do not agree with the Islamists, to rise-up and separate themselves so their wheat can be harvested to make for even better future crops. Will they remain Muslim? They may believe in Allah, but as God, as a loving God, but will their direction and example remain Muhammad? Something must change.

It is an interesting concept, that of the Ahmadi’s, that Islam has been corrupted by the successors after Muhammad. In its “true essence and pristine form” it is a religion of peace. They believe that God sent Ahmad, in the likeness of Jesus, to end religious wars, condemn bloodshed and reinstitute morality, justice and peace.”[iii] How refreshing. The Ahmadi’s reject terrorism and to the extent they seek rebuttal, it is through persuasion, the use of the pen and not with military might. Opposition today, as me, deals with differences towards Islam using the pen, by writing, by drawing and by video debates. Let’s have diplomatic discourse with respect and openness, expressing our views, thoughts, knowledge and opinions. We must also maintain an ear listening carefully to those that disagree. We might all learn something.

Modernity is a problem for the Islamists. Pluralism is a problem for the Islamists. Terrorism is a problem for those who are not fundamentalist Islamists. From within the culture of Islam, as the Ahmadi’s have recognized, the spirit of Jesus entered their domain. The flow of hatred as lava from a volcano of historical transgressions against God by the Islamists can be stopped with a rebirth of understanding. Maybe it is Satan who corrupted Islam and thru the Ahmadi’s his devious acts have surfaced for all Muslims to see. The truth was made known to them by Isa. It will take courage and resistance from within the insular island of Islam. It must restore and make equal God and Allah, to the extent humanly possible. It must allow for a blend of cultures and beliefs to exist side-by-side, separating mosque and government as the church is separate. It must allow for governments to decide on the common good of all. Humans cannot act according to what they believe God has told them and form their own ideological island. They must embrace outsiders. The ships that embark must be able to cover the entire sea and visit many islands that exist in the sea of life. Earth is not a place just for the Biblical God, but for all of humanity.

Islam must allow its island to have many harbors open to boats of all kinds to dock and to feel safe and secure. They need to open their arms in a welcoming embrace to everyone. Muslims must discover for themselves they are not truly Muslim enough and change their allegiance or work to modernize their ideology to adapt to a peaceful pluralistic world that will never change. The part of Islam that must be exterminated are the rabid demonic rats that enjoy the killing, the spoils and inflicting pain on the unsuspecting by hiding in a harbor composed of what appears to be the black ink of the octopus but in fact is a self-anointed Allah of their choosing with many tentacles, not of God’s choosing, more of Satan’s. The supernatural god of the Islamist terrorist is not God, but the fallen angel that opposes the Creator. His claim at correction is but a deception. The world cannot eradicate Islam and Islam cannot eradicate those who oppose the ideology most demonstrated in its current form.

Islam needs a rebirth into the current age, to become modern, multicultural and not theocratic. Kill the rats, but encourage a new breed of objective Muslims to emerge and join the rest of the world.  The world would be a better place without radical Islam, might be a more politically correct statement.  So too,  the world would also be a better place without Ebola.  The problem is eradicating an ideology of hatred. It will be easier to eliminate Ebola.  But there must be a beginning and a battle fought to rid the world of both.  Should the Islam characterized by violence, terror, jihad, a warlike nature, a lack of human rights and proper respect for women (equality) be changed it would no longer be Islam.  It might be monotheistic, but it must take the black flag of a satanic black heart and expose it to the light of Grace.  The Lord will forgive and welcome the sinner that believes in Allah the Deceiver or Muhammad the Self-proclaimed Prophet (with his own personal rules), but those that follow must repent, as salvation has been provided, and walk in the light of hope and joy.  The days will be brighter and the guns will be quieter. 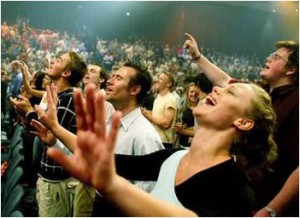 [i] A reference from the book, The Wonder of Terra, Tate Publishing, to be available early 2015, author: Thomas W. Balderston

2 thoughts on “Extirpation of Islam (Part 2)”