The title readily asks the question Why, why resist Islam?

If you ever read the Declaration of Independence, a human rights eloquent statement, you would realize that Islam, with just a little understanding of Islam, does not accept such a declaration. It suggests equality of men and women – not the case in Islam. It suggests the pursuit of life, liberty and happiness – there is no hope, no joy in Islam. The Ayatollah does not even want laughter. The Declaration suggests the Creator has endowed all men and women with certain unalienable rights – Allah must not be the Creator as the Quran does not agree with such a declaration. In Islam man decides, the Imam declares and the autocrat enforces. It is a male dominate ideology.

In Syria and Iraq, ISIS in attempting the formation of The Islamic State (self-declared just as Muhammad declared himself a Prophet), proclaiming a Caliphate and anointing its king (Caliph), has assumed the mantle for Jihad (Holy War). This war will end when all the world is Muslim, living according to Islamic Law (Sharia) as prescribed by the Quran, the example of Muhammad, and the dictates of the Caliph Ibrahim (so named) and his ideological (called religious) advisors. The militants of this State will be the Islamic Police, the enforcers and keepers of the flame of hatred towards Infidels. Moderate Muslims are also Infidels and those who oppose are Islamophobic. 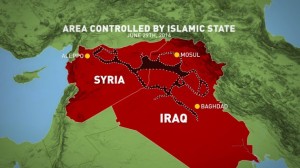 If not a Muslim according to their standards you may be pinned under the wheel of the truck of their destruction – held down and forced to pay to be protected. Dhimminitude is the word. Here are the conditions. Convert to avoid. Become a Muslim – say the Shahadah –whether or not you believe. But know this – you will not be declaring any fashion of personal independence. And also if you do make such a declaration, convert, then change your mind you are an apostate. So as a dhimmi:

The method for the collection of the tax can be brutal as well. Tax collectors appear. They sit. Infidel stands. Muslim grabs the Infidel by the chin (beard if present) as he pays, then slaps the infidel on each cheek. The slap is a reminder of who is the authority in control. 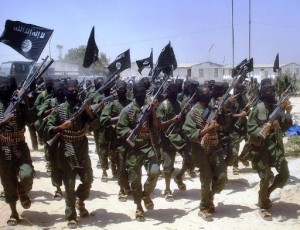 So ask yourself – why resist? If, your heart is for God (not Allah), if you love your independence, liberty and freedom, enjoy freedom of speech and expression, if you are tolerant and believe men and women are endowed by God to live and enjoy this world as they choose, secure and unafraid, then, if willing to be strong, and to suffer as may be necessary, join, speak-out and fight for your freedom as well as that which all mankind deserves, you will resist. Or give-in, lose your freedom, and any opportunity for joy or hope. Resist Islam.

Understand Islam. The methods we observe in action in the Middle East today by ISIS and like organizations have been on-going since the time of Muhammad (over 1400 years) and the formation of the army for Allah that arose from the desert of the Arabian Peninsula.