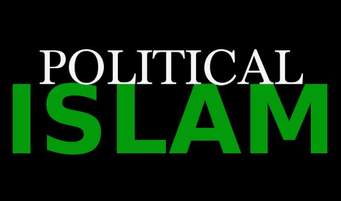 The obstacle to modernity in the Muslim world has everything to do with politics. It is the politics of Islam clinging to policies borne from the Quran, tradition, and family order that prevent an egalitarian society from forming.

From the Center for Inquiry (centerforinquiry.org), in an article (read), “Islam And The Liberation Of Women In The Middle East,” November 10, 2018, by Azam Kamguian, she lists her thoughts as to requirements to change the Islamic world as a whole, with which I wholly agree:

The greatest weight by Azam is given to the separation of mosque and governance.  Islam must become a private religion, practiced, as is Christianity, independent of any influence by governments. She so states, “Islam must become subordinate to secularism and the secular state.”

In addition parallel societies must be verboten, assimilation a must. Curriculums in madrassas and the preaching in pulpits of mosques monitored and cleansed of hatred, radical views, and calls for violence towards infidels.

In simple terms Islam, even in the Muslim world (Islamaland), must stand alone.  Governments in Muslim majorities must exist independent of Islam.  Indonesia, Afghanistan, Saudi Arabia, Pakistan, Turkey, Iran, Iraq, Syria, Jordan, Somalia, Egypt, Morocco, Tunesia, Algeria, Kosovo, Kuwait, Malaysia, Mali, Chad, Ivory Coast, Yemen, (21 of 54) and the others in the 54 countries must structure their governments, the political nature of their countries, on secular lines.  They must not be theocratic, such as Iran, nor have Islam as the declared official religion of their nations. They must be open to other religions, the largest world religion, Christianity, for sure, allowing churches and bible studies, even proselyzation to take place. Laws must protect people of other religions with punishment as severe for Muslims and non-Muslims for crimes committed.  Public schools must not teach religion, sticking to the humanities, mathmatics, languages, world history, and other disciples useful in daily living and impacting growth and development of a productive and progressive (modern) nature. Some of the countries mentioned have more secular governments, but Islam is the stated national religion.  Not even in America is Christianity declared the national religion.

Christians, as do Muslims, struggle with those among them that do not obey God.  But it is not for the religious to be self-righteous and become the police and punishers of those that do not follow their framework based upon Scripture. Who are they to judge, as we all sin, and thus as sinners, how can we have the authority to condemn others?  Islamists, the political faction, impose laws in their nations founded in the tenets of Islam, denying equaity and human rights for many.  Where basic rights are to be protected, common sense elements, laws can address standards and impose penalities.  However such laws must be applied universally, without exception or distinction based upon ideological preferences.  This is the basis for common law, applied to all.

Political Islamists are not equal human right’s employers. This needs to change for the better of Muslims as well as mankind as a whole.  Will this barbaric ideological system of male dominance and control ever change?  If so it must come from within, or from Muslims who have left Islam, know its lies, and can explain, willingly, often at risk, to others what is truly fair and just.  The truth can be powerful.

Is this just wishful thinking?  It may be the only way to give peace a chance.