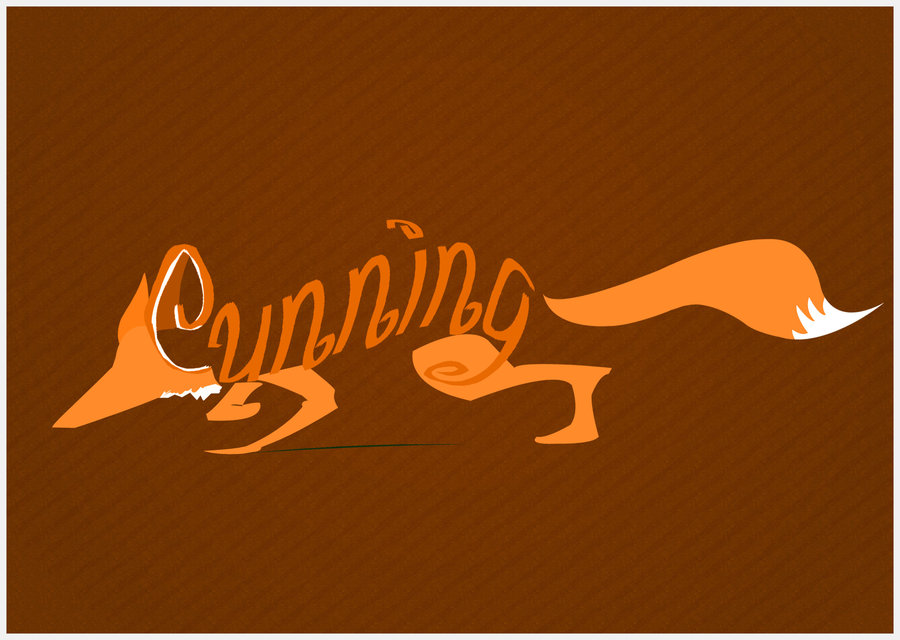 Dealing with the Opposition

Tactics to suppress the activities of those you oppose are necessary to achieve the end result desired. History has provided evidence of an aggressive use of violence along with a propaganda machine that aligns factions, to include the media, over their opposition.  To shift the balance of societal support from one side to another takes cunning and a unified effort of training, financial support and willing participants (aware or ignorant) to provide a frontal force that can succeed and instill fear in the opposition.

Opinions expressed are limited, freedom of speech restricted when possible, in such a fashion that those resisting the more aggressive are labeled “Intolerant,” for which there is no “Tolerance.” In many cases the most active may find the opposition objecting in a variety of ways which can be referred to as “Persecution.” The visible and most active entity, taking offense to this persecution, turns the table, or projects upon those questioning, raising doubts, or expressing concern, and calls them out as the”Aggressor.” In so doing they find justification in taking actions, which include violence, against the contingent that they consider being intolerant to the demands or narrative of the active entity.

Leadership that is able to form an organization to promote their agenda and narrative using whatever means possible, especially those that work, can be effective in establishing a political or social warrior contingent, even an ideological cabal and find a following that considers the rhetoric, the proclamations, the lies, and the cause attractive.  They become willing participants in a lie.  They may be unaware, ignorant, or just passionate and find appeal in the leadership and in rewards, benefits, they themselves may derive.  Those rewards can range from being paid to protest, identifying with personal freedoms or protections provided that satisfies themselves, or their “me” nature, and/or become part of a class being championed by the active entity to receive special status or financial gains.  Fulfillment, in most cases, is less the objective than justification.

Tools employed include lying, deception, defamation, discrimination, repression, false reporting, control of academia, repetition of lies, negative profiling, personal attacks, propaganda, denial, protest and violence.  Concern for intolerance is unnecessary as the leadership reminds their following, their army, that they are fighting “intolerance.”

When you see, read about thuggery in practice, what are the elements, the forces behind the activity of apparent revolution?  Is it about hatred? Is it about subjective resistance? Is it about gaining an upper hand? Is it about power and control? Where is the morality?

Which side you are on may be important. If on the side of the active entity, or the aggressor, you are protected. The political cabal, the ideological force will provide cover to those who violate traditions of morality and rule of law. They enable their constituents to ignore or ride above the Law. Having the media in their corner, as well as academia, they are able to mitigate exposure to their failings, or their transgressions.  Think of Bill Clinton and Hillary Clinton.

What has been described is the tactics of the Democratic Party, especially those adopted by Barack Obama and the Clintons in their quest for power.  It remains an essential component of the liberal left playbook.

Political, ideological, religious frauds who rely upon their own justification for their actions, violent or otherwise, must be identified and the resistance to them strong. Mind you those that resist the forces noted, by those forces themselves, will be labeled the aggressor. They will use whatever means they can to make the party that resists the enemy of the people.  If they can claim they represent more of the people, and the people believe them, they can succeed and grow.

Antifa – Antifa is a band of characters associated with the left. The tactics they use are not characteristic of the groups they oppose.  Yet what they call their opposition, if they are fascists, would be the ones using masked protestors with bats, knives, hammers and other instruments of violence, not the Antifa-ites. Antifa are the fascists attempting to project, as SJWs on to the right, that they are fascists.

Democratic Party – Progressives – Socialists – Marxists.  The Progressive Democrats in the past 10-15 years have become more adept at using the Alinsky Playbook to promote their agenda.  It has become the Democrats playbook, that of the DNC, the liberal left and the Progressives as political elements.  A goal of the Democrats is Big Government.  Big Government gives them more power and control. They cater to identity groups as if they are victims in need of protection and financial support by the government. They are less interested in incentivizing Americans than making them dependent upon big government. They oppose States Rights because it provides the governors and legislatures of 51 states the ability to make their own decisions, which may not be in line with what the Democrats would prefer to have for everyone.  Health Care is an example.  Departments of Education and Energy did not exist until Democratic President Carter, as the head of the nanny Democratic state at the time, brought them under the umbrella of the Fed, and allowed only one decision regarding how children are taught and how energy is developed in our Country.  The Playbook (Rules for Radicals) suggests the use of many of the tools noted.

According to Wikipedia Alinsky’s goal for the Rules for Radicals was to create a guide for future community organizers (think Obama) to use in uniting low-income communities, or “Have-Nots,” in order for them to gain social, political, legal, and economic power. The Rules follow:

1) “Power is not only what you have, but what the enemy thinks you have.” Power is derived from 2 main sources – money and people. “Have-Nots” must build power from flesh and blood.

2) “Never go outside the expertise of your people.” It results in confusion, fear and retreat. Feeling secure adds to the backbone of anyone.

3) “Whenever possible, go outside the expertise of the enemy.” Look for ways to increase insecurity, anxiety and uncertainty.

4) “Make the enemy live up to its own book of rules.” If the rule is that every letter gets a reply, send 30,000 letters. You can kill them with this because no one can possibly obey all of their own rules.

5) “Ridicule is man’s most potent weapon.” There is no defense. It’s irrational. It’s infuriating. It also works as a key pressure point to force the enemy into concessions.

6) “A good tactic is one your people enjoy.” They’ll keep doing it without urging and come back to do more. They’re doing their thing, and will even suggest better ones.

7) “A tactic that drags on too long becomes a drag.” Don’t become old news.

8) “Keep the pressure on. Never let up.” Keep trying new things to keep the opposition off balance. As the opposition masters one approach, hit them from the flank with something new.

9) “The threat is usually more terrifying than the thing itself.” Imagination and ego can dream up many more consequences than any activist.

10) “The major premise for tactics is the development of operations that will maintain a constant pressure upon the opposition.” It is this unceasing pressure that results in the reactions from the opposition that are essential for the success of the campaign.

11) “If you push a negative hard enough, it will push through and become a positive.” Violence from the other side can win the public to your side because the public sympathizes with the underdog.  Also the lie, the negative, can become the truth if repeated enough.

12) “The price of a successful attack is a constructive alternative.” Never let the enemy score points because you’re caught without a solution to the problem.

13) “Pick the target, freeze it, personalize it, and polarize it.” Cut off the support network and isolate the target from sympathy. Go after people and not institutions; people hurt faster than institutions.

Are you getting the picture? 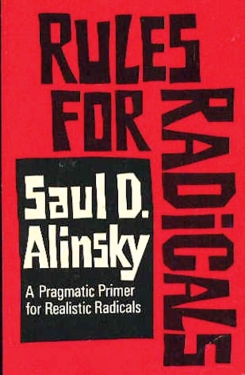 The liberals have become much more adept at the ‘politics of the attack’ to insure their narrative becomes the most raucous, the loudest, and the only voice heard.  Consider the Kavanaugh Judicial Committee hearings. Rhetoric need not match actions.   In fact they are much more interested in politics, the power and the control of the office, primarily for themselves, using the “Have-Nots” or the victim groups they find needed for their objectives.  Their victimhood becomes their political voter base; they are the community, as party Democrats, that believes the lies and helps perpetrate them, as believers or lemmings.  The use We the People; they do not represent We the People.

Islam – Alinsky was not around 1400 years ago, but Muhammad was.  He became a leader promoting a cause that many found attractive.  In promoting his ideology, which he couched as a monotheistic faith believing in the one god, Allah, he was able to provide justification for actions taken as any success was attributed to a supernatural being.  Any failure was on the individuals involved, or tasked with an objective they failed to attain.  He developed a personal conviction that led him to call upon others to join him.  The world’s population at the time excepted that there was a force, a supernatural force beyond comprehension, greater than themselves. There were defined religious groups, the Jews and Christians, that lived in the area where  Islam began. There were also many who believed in material items, objects like the sun or the moon, and pagans who may have accepted that there was a greater superior omnipotent presence, but choose to live their lives independent of any restrictions upon them from divine elements.

Try as he (Muhammad) may to promote his ideology his hometown (Mecca) found his actions objectionable.  His actions impacted business and make visitors uncomfortable.  Muhammad felt “persecuted.”  He left Mecca to find safety in Medina, but not without vengeance in his heart.  His agenda became the steps needed to return to Mecca and have all the residents there regret their actions against him, as well as accept his ideology.

Muhammad formed a band of marauders to raid and capture caravans and build a treasury as well as an army.  He trained and taught and made believers of his army in his ways.  He developed standards to which they must adhere, to include hating the opposition, the enemy, and also any who once a part of his army, choose to leave. Death was their punishment.  The rewards he offered, the spoils of war, became incentives, benefits, to his followers. Death if they decided to leave Muhammad, having once been a participant, was the handcuffs that kept them engaged and enabled the army of Muhammadians to grow.

What amounts to an Islamic Strategy of Conquest was developed.

Beware of invading armies that are led by ‘frauds in action.’  That includes Islamists that act for Allah, as superior people above the fray and the determinants of what the future should be.  It is not peaceful.  There are others, mostly political factions, but political Islam may be the most worrisome.