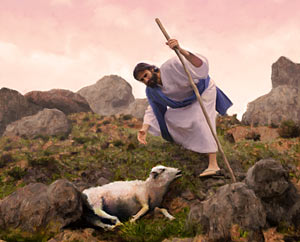 Devoted to a Cause

Religion is an interesting concept.  It is not just a body of people following a belief system, with or without a supernatural being as its creator, and the master to be obeyed.  A religion can simply be a devotion or love, a dedication to a method or routine.  It can be a label to describe a body politic that all believe alike or in a similar fashion, to include atheists, agnostics, and probably even liberals or conservatives.  An individual can have more than one religion, such as a Christian with a love of cars, a member of a car club and reader of all related car club news, views and reviews, while at the same time obedient to God.

Joiners of such groups or affiliations may even be members, card carrying members of the NRA, or the professional bowling league, even a gym or business association.  And then too we have Jews, Muslims, Christians, Mormons, and so on, the faith based contingent that believes in God.  There are within the faith based those that believe in god as a generic god that all follow, and others that further define their god, as Allah, as the Trinity, as God, our creator and as savior.  Not all gods provide salvation, or do they?    Must all religions, faith based, be united under one god, and follow those that paste a sticker on their bumpers saying, ‘co-exist,’ each letter of the word representing a different religious symbol?

Is debate allowed to define God, seeking truth as to God specific as opposed to god generic?

A question to all readers is this, if you join, or in some cases if you are born into a religion, with parents who are members of a religion or other strong affinity group, even a cult, are you then by default a member of that religion?  What if you find, as you grow, that this religion, this affinity group, is not to your liking, or your interests are otherwise? You choose to leave, to follow another path.  For instance you live in an environment of vegetarians and you find you like hamburgers, even bacon, and choose no longer to be a vegan.  Same applies to a religion, as a Muslim you do not agree with the practices, the disciplines and the requirements of Islam and decide not to believe; you become an atheist.  A Christian does the same; becomes an atheist. A Jew suddenly discovers through personal study, travel and research, they accept Jesus as the son of God, the biblical God, and for them find the only path to salvation is by accepting one’s sinful nature and following, believing, in the forgiveness and saving grace of God; they then follow Christ.

What happens to those who leave their religion, be it their own choice in the beginning, or a family tradition, and discover a new path, a new preference, and new stimulus for their taste or appetite, in food, sports, and in god. With a government whose laws are inclusive of all, a focus on the common man/woman, there would be no problem.  It is your decision, your choice, your independence that is respected and protected.  But a faith-based religion may have a concern.  Why did the person leave?  Considering ‘home’ where they can find eternity, they ask the question, seek answers and desire to have a person, once a member of their flock, return.  Treated as a sheep lost, having departed from the herd, are they left to go their own way, or are they really lost.  Being lost can be physical and mental, in each case a reality.  What are the  methods to be employed? Who searches for their lost sheep, that which a Shepard would do?

Islam does not allow sheep to stray. If it happens the lost soul will be commanded to return or dragged back to the flock or killed (the Islamic punishment for apostasy). There is no love for the lost, those who consciously abandon Islam, just a set of rules that requires all Muslim remain Muslim or the chastisement will be severe.

An atheist may become a believer and fellow atheists may verbally abuse or discredit the lost soul as crazy. There is no God, not even Allah, nor Satan they argue, but they do not proclaim death to the departed.

Christians prefer their flock stay together. But souls do leave due to doubts, confusion, a tragic event feeling God does not care or protect the faithful, or convinced by peers or teachers what they believe is a myth, or not proven.  What happens?  Well prayers flow from the congregation or body of believers that they return, that their hearts be changed and even if not, they be safe, protected, and some day discover anew their home is with God, the Biblical God. They are not hated. They are not targets of derision or outcasts. They are lost sheep sought by the Shepard to return to the flock. It is the Shepard and the flock that seek those lost so they too will be saved for eternity, saved by the Lord, having admitted they are sinners.  They atone for their transgressions and find in a life restored, or a rebirth, a joy and hope as never before.

Sura 3.90, “But those who reject Faith after they accepted it, and then go on adding to their defiance of Faith, – never will their repentance be accepted; for they are those who have (of set purpose) gone astray.”

Sura 16.106, “He who disbelieves in Allah after his having believed, not he who is compelled while his heart is at rest on account of faith, but he who opens (his) breast to disbelief– on these is the wrath of Allah, and they shall have a grievous chastisement.”

The Quran allows Muslims to act as Allah’s agent.  Sura 9.14 gives humans permission to act on Allah’s behalf, “Allah will punish them by your hands and will disgrace them and give you victory over them and satisfy the breasts of believing people.”

Matthew 10:6-8 (NIV), “Go…to the lost sheep…As you go, proclaim this message: ‘The kingdom of heaven has come near…’Freely you have received; freely give.’”  This calls upon Christians to share what they believe, to proselytize, not to go on a killing spree.  Be a guide to understanding the saving grace of the Lord.

Deuteronomy 1:17, “Do not be afraid of anyone, for judgment belongs to God.”  Man cannot carry out the wrath of God, only God.  God may judge those who do not follow Christ or abandon the faith, but it is just God who acts, and that occurs on Judgment Day.

Faith Based Religions do not want their flock to leave them.  Just like Democrats or Republicans, neither Party wants to lose supporters.  But what happens when members of a cult or a religion choose another avenue of pursuit, for whatever reason abandoning their flock?

In the civilized world members may seek to have their lost ones return, offer them gifts, or encouragement, but the lives of those having gone astray are not threatened by other humans.  That is not the case in the Muslim world.  I may be implying they are less than civilized, which is the case if the laws of apostasy are not modified or eliminated.  In some areas they have modernized (as it were), yet from the pulpits of mosques Imams and clerics making the call to kill apostates continues.  It can be heard even in places like the United Kingdom, Canada and France, elsewhere too, free countries where Muslims have emigrated, their populations have grown and the influence of their theocratic leaders, the scholars of Islam (ulema), has increased.

Many of the ulema in free nations are immigrants, coming from Muslim dominant areas and cultures, not born or having lived in free societies, and are thus educated and convicted more in the 7th century style of Islam and the example of Muhammad the Messenger, and the Laws of Islam (Sharia).  The are not familiar or accepting of the common law of areas where all people are considered equal, under the law, and no religious laws dictate.  Ethical and moral values are embraced to insure a human’s rights are the same for everyone.   The superiority of a Muslim is taught them and thus they look down upon all others as lesser beings, individuals, infidels, that can be made to pay a tax for their safety and prostrate themselves at the feet of Muslims when doing so.  They will maintain a strict hold on their subjects, as if in cages, and should the lease break or be removed, the lock open or the chains fall, the once faithful will be sought and subjected to the dictates of Allah, at the hands of the ulema or their executioner (receiving blessings for acting on Allah’s behalf).

Protect and pray for the free, those now free, those that seek freedom and those that escape their minders for a new life and the ability to believe as they choose and accept what they want.  As a Christian I pray that will be the path of a life eternal with the Lord, saved by God’s grace, aware of their sinful self, forgiven and atoning for the tendencies to disobey the Lord. The Bible is the Word of god.  Read it and God speaks to you. If lost, abandoned, alone or feeling insecure, seek the Lord.  He is the shepherd that seeks to protect all members of his flock. You may not realize you are one of his sheep.