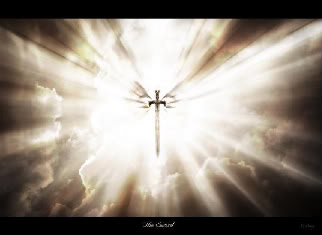 The Quran is a book that attempts at every stage to defend itself and the religion of Islam from the Christian and the Jew. It dwells upon a concern of being faced with facts from the history and heritage of Judaism and Christianity that shakes the foundational truths of the Quran, Allah and Muhammad. The Torah and Bible were written well in advance of the Quran. From the time of Christ to that of Muhammad alone it was 600 years. Yet verse after verse in the Quran has the earlier book condemning the later book and its message for Muslims.

There  is forethought on the part of God as to false prophets to follow, as suggested in the Bible

(2 Peter 2:1-2), “There were also false prophets among the people, just as there will be false teachers among you. They introduce destructive heresies, even deny the sovereign Lord. Many will follow their depraved conduct and will bring the way of truth into disrepute.”

Muhammad is a self-proclaimed prophet that one can argue has succeeded in his attempt to make his own truth.  Islam has gone so far as to condemn worshipping idols, yet raising Muhammad upon a pedestal of his own as the example all Muslims should emulate.  Is that not blasphemy by the definition of the Mullahs, Imams and Sheiks themselves?  He became a king, self-proclaimed, and subsequent to his death they called them Caliphs.  He is revered.

Sura 2.98-101 Suggesting (Islamists refer to as verification) for the Muslim and Muhammad that he was the messenger the Bible forecast (which was Jesus and the Holy Spirit) in Deuteronomy 18:18.   The language also lays the groundwork for Islamists to defend their posture towards non-believers saying that if you do not believe in Allah, if you show opposition, even doubt, you are an “enemy to Allah and His angels and His messengers….then surely Allah is an enemy to disbelievers.”  The referenced Bible verse is quite clear that the Prophet to be raised up will be “from among their fellow Israelites….”  So from the Jews we have Muhammad – doubtful!

How were the Jews and Christians so perceptive as to condemn something that takes place in the future?

The Bible is not out to condemn non-believers, but to bring all people into the house of the Lord.  It provides Divine law for those that seek understanding. It  makes God’s love for all mankind, his creation, clear. At the same time it informs that there will be those that deny the truth and make their own. There will be false prophets. The Bible does not say that Jews and Christians will fight or even kill those who do not believe as they do, or even fear those that attempt to dissuade their thinking. It does attempt to make them aware of being persecuted for what they believe and to be careful to not fall into the many traps that temptations lay before them.

From Romans 1:19-23, 25 – To those that deny the true God (and Jesus divinity), “what may be known about God is plain to them, because God has made it plain to them. For since the creation of the world God’s invisible qualities—his eternal power and divine nature—have been clearly seen, being understood from what has been made, so that people are without excuse. For although they knew God, they neither glorified him as God nor gave thanks to him, but their thinking became futile and their foolish hearts were darkened. Although they claimed to be wise, they became fools and exchanged the glory of the immortal God for images made to look like a mortal human being…. They exchanged the truth about God for a lie, and worshiped and served created things rather than the Creator – who is forever praised.”

A fear of dying as a Muslim at the hands of an Imam, an authoritarian, a fellow Muslim, a member of the Islamic police, a family member, or a neighbor for leaving Islam to believe another path causes many to remain as a Muslim. Being scared is not being faithful. It is not being righteous. It is being trapped.

God intended everyone to be free and to make his own choice. It is not by coercion, but out of love that one accepts the truth. Muhammad needed someone to blame for any that might wish to leave his side. That was the Jew and the Christian. They were made the enemy and reminded, as the Quran reminds frequently, that those so believing were not Muslim and only servants of the commander of hell. The concept that from a time well before Muhammad was even born the Jews and Christians were providing a foretaste of their proselytizing against the Muslim is just so difficult for the Islamist.  Even with an ounce of logic and a bit of mental clarity the cloud of doubt about Biblical truth dissipates. But denial can work for a ego-centric militant whose sword is ready to have a neck fall from the shoulder of any that is not devout to their proclamations. Devotion comes first to the mortal Muhammad, the bully with the club (his club a sword), then to Allah.

The Biblical God has no weapon. It is only love he offers. If there were a weapon it would be your heart, your mind and your soul and access to the Word. Truth is a mighty sword.

Be independent of what your are told or read. Absorb and listen, be sensitive to opinion verses fact, as you should from news sources and school or university professors. Then choose what you discern as truth. Don’t fall prey to the snare of propaganda.  Allow your heart, mind and spirit to be filled from sources beyond our comprehension, loving and divine. You have no need to fear as the true God may not strike you down here on earth, but be more prone to prepare a place for you in the afterlife, for those that believe honestly, freely, lovingly, and faithfully in Him. He shares what is possible, what is available, for those that accept and are thankful for the truth. Be thankful for what the Lord provides and has provided, not fearful. Awe is not fear. God is so much bigger and more powerful than any one of us can conceive. If ever seen He would be so overwhelmingly beautiful and grand that our body might collapse. But his presence is not there to harm, but to inspire. He does not want to make you afraid, but knows what an appearance can engender. He also seeks peace. Peace on earth as in heaven.

No need to defend one’s faith.  Explain, yes. Be an apologetic. But convince not with a weapon at the ready, but with logic, with fact, with history, with witnesses, with an inherent sense of right and wrong, and with God’s love abounding. There is no skin color, no regional preference, and no boundary to God’s faithful. There is love, joy and hope. Hold hands with all who believe and accept even those that do not, as they will see. They will soon realize they are not to be excluded but included.

Islamists are overtly defensive to the point of being insecure. Christians are made aware they may be attacked for their belief. It is then they turn the other cheek and live a life of hope and joy. Islam is to war as Christianity is to peace.  With a similar objective of loving and obeying God, the approach taken differs. Allah hates all except the devout. God loves all, regardless. Fighting, using force, to include dismemberment,  to convict the follower to align with a prophet and Allah is common to the Quran and Islam. It is their ideology. Love, hope, joy, peace, patience, graciousness, gentleness, forgiveness, and self-control are the way of the Christ, God incarnate, follower. It is the Christian faith.