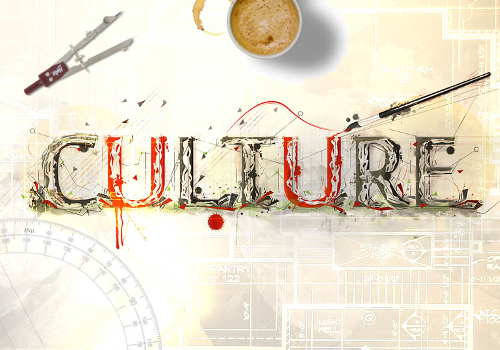 Most Muslims throughout the world can be defined in terms of their in-depth knowledge of Islam as moderates.  To further elaborate, a moderate is not a fundamentalist, Islamist or at present a radical. What they know about Islam may be limited to their surroundings, a culture that is dominated by Islam and Muslims with few other religions present. They may seldom go to a mosque, some occasionally on Fridays.  They are educated by Imams who tell them what they need to know.  The emphasis by the Imams may distill the violent nature of Islam into a more acceptable way of life.  They stress caring for the poor, loving family, being truthful to each other, the role of women as devoted wives, and the superiority of their faith above all others. What the Quran has to say and the example of Muhammad as the Prophet is critical. They may have never been exposed to the extent to which Muhammad’s activities fostered the growth of Islam nor the methods he employed.  Yet Muhammad is the example they are to follow, to emulate, and the Quran, words of Allah delivered through the angel Gabriel to be memorized by Muhammad, shared, and then recalled by his Companions and written down, to be the guidebook to their way of life.  Devotion to Allah and Muhammad are required.  Respect for Allah and Muhammad without any doubts whatsoever are stressed. The objective of Islam seeking a world All for Allah is the ultimate goal for every follower and the justification for Jihad.  They tend not to be scholars of Islam.

My story as a Christian, my testimony available in the book Wake Up! Wake Up! The Testimony of a Layman, reveals how I became a convicted Christian. (Buy the book). I grew up, as so many others, a cultural Christian, my family and surroundings providing the basis for my regard for Jesus and the church.  But I never had a relationship with God or Jesus, or fully accepted the saving grace of Christ and the Resurrection.  So I studied.  I was encouraged to explore, to read, to learn and to know more.  As I progressed through the pages of the Bible and the history of Christianity I became more convinced of the life, death, purpose, deity, resurrection of Jesus.  His sacrifice while living and his death on the cross was for me, you too, making me aware of my sinful nature and the need to be punished for the crimes, disobedience, against God. From the Old Testament there are multiple points made focusing on Christ in the future.  Jesus took me on, my transgressions to be punished, so that I could be right with God.  From Adam, a man that fell from grace by eating of the fruit in the Garden, God gave us a man, Jesus, that lived a perfect life, never succumbed to temptation, guided us in being loving and caring and never filled with hate towards our enemies, and willing to die each and everyday for those he loved. His death was to be our death, which then enabled us to live.  But he was the perfect substitute, a substitutional sacrifice for the sins of mankind.

With so many Muslims as followers of the Quran I decided to apply myself in a similar fashion to understanding and learning more about Islam.  I read the Quran, admittedly in English. I listened to Imams.  I sought out books on the history of Muhammad and events at the time he lived in the area he lived.  I asked questions and researched for answers.  I had doubts and tried to find the means to erase the doubts.  I began this Blog to share with others as I progressed.  I corresponded with Muslims.  Much written expressed concerns and solicited through ‘comments’ responses and clarification.  I have a confession to make.  I did not become convicted in Islam.  In fact I found it most troubling that so many followed what appeared to me to be a religion that lacked humility, found the sword a symbol of death and fear for those that took exception to Muhammad’s offensive and defensive forays, and lacked love of neighbor.  Violence was a theme carried out in the name of their god Allah, with the spoils of war shared as rewards for becoming members of the military force that carried out Muhammad’s plans.  Jihad was less of an internal striving to be a good Muslim, but an external act of war, fighting against  the enemies of Islam, whether they knew they were enemies or not.  In our modern world many Muslims, fundamentalists, look to the West as providers of the tax, the jizya, in the form of welfare payments that they can collect.  The benefit allows them to focus their daily lives on prayer, on Islam, on jihad.

The Progression of Muhammad

When Muhammad began he took gentle steps forward which became louder and more prominent as he grew his army for Allah.  Steps became more stomps, as stomping on the necks of others unless they converted, agreed to pay a tax to support Muhammad and his band of brothers, or die. Muhammad had a big problem with any that disagreed with him.  He felt persecuted in his early years proselytizing for Allah and did not act out, but later, as he had backers he became more responsive, the sword used to stop the voices, when he could, of his opponents, even those that did not oppose, but simply followed their own path, not his. He was best at attacking those that had no defense.  In many early instances Muhammad led his followers into areas where there were unsuspecting, ill-prepared, ill-equipped people, who offered no resistance.  Caravans carrying needed goods for sale to cities, such as Mecca, became opportunities for his raiders.  They killed everyone, except possibly women and children that could be used in other ways. The Quran and documents used to lay out the fundamentals of Islam, the Hadiths, represent the foundational elements of Islam which are to be the means by which a devout Muslim must order their lives and practices.

Today the devout Muslim would be considered radical.  The moderates are not radical, but then they are not devout either.  If they became a student of their faith, the ideology, the history, the example, the question becomes – would they be surprised, confused, embarrassed or encouraged to change, and become devout, radicalized?  The alternative, as Nabeel Qureshi has noted in a recent book, Answering Jihad, is to ignore the facts, the foundational elements and remain moderate and thus happy as a heretic.  The most difficult choice is to leave Islam, become an apostate, but it may be the right choice if violence is not what the moderate wants to be part of.

My suggestion is to open other books and do research, as I did.  I found wearing a “C” for Christian on my sweatshirt or hoodie provided greater happiness that wearing an “M” could ever do.  There is no compulsion to violence.  That is required of a devout Muslim.  There is love, yes love, the love of God and the love of Christ.  Christ was man willing to die for me.  You too.  His death freed us from our sinful self.  Accepting Christ and his sacrifice makes the bad news of our lives items we can set aside, recover from, and no longer be burdened by, while at the same time we grow in the knowledge we have been saved, assured salvation, and can live life anew accordingly.  Christians do not grow their faith by the sword, unless you call the Bible their sword.  Christ never used a weapon against another human, never hated his enemy, and even when he performed miracles he remained humble, his life the best example I know for how to live with others, treat others, and live for God.  Our purpose becomes serving God.

Nabeel Qureschi offers the three alternatives. Apathy, Apostasy or Radicalization, to a moderate Muslim who decides to dig deeper and have a full understanding of their ideology and identity with Islam. He is concerned with radicalization, but in his own experience was faced with difficult decisions.

Your heart is the foundation of your soul.  Do not allow it to be blackened by hatred, but beating instead  vigorously to the love of God. Christ pushed away our sinful nature enabling those who accept the sacrifice and the punishment the Lord accepted on our behalf to restore our spiritual nature, to be born anew in the light of God.

The facts put forth in the Bible, the Word of God, need not be ignored, as the moderate ignore the Quran.  There is no need for a Christian to be apathetic, only joyous.

Thank Be To God.

One thought on “Apostasy, Apathy, Radicalism”