Last week the theme was the Anniversary of the Fall of the Ottoman Empire, 100 years later (2020).   Today we discuss outcomes and concerns.

Just prior to the start of the ‘war to end all wars’ the British had encouraged Arabs to revolt against the Turks, the Arab-Ottoman War (The Great Arab Revolt), for the land that was their heritage.  The goal was really England’s, to insure access to oil recently discovered (Iran), water routes through the Red Sea to the Gulf of Aden and the Arabian Sea, and land routes to India. The British promised authority over an Arab State from Syria to the Gulf of Aden.  In the midst of negotiations the Arab State was dismissed.

Insight and a resource for this blog, this commentary, came greatly from the impact of Great Power Politics in world affairs, in foreign affairs. In his book, The Last Ottoman Generation and the Making of the Middle East, Michael Provence, (pg. 3 of 392, Kindle) tells “…the story of a tradition of Great Power politics in the Middle East, and the pervasive habit of the Great Powers to occupy a Middle East fantasy world of their own invention….”

Here we are 100 years later. There have been ebbs and flows in this band of land called the Middle East. Under Mustafa Kemal Ataturk, Turkey embraced the modern world soon after the end of WWI. The Caliphate was disbanded. Turkey became a secular nation with none of the trappings of Islam in dress or habits. Islam remained its primary religion with a separate body, the Diyanet, to guide the faithful. Laws were revised to be common law, for the good of all, not Sharia.

Many Islamists were upset, no longer having the Caliphate (The Ottoman Empire). As a result in 1928 a Muslim began the Muslim Brotherhood with the objective to one day restore the Caliphate and global power of Islam. His name Hassan al-Banna.  Today Turkey, under President Erdogan, is a major state backer, supporter, of this Islamic political organization.

Saudi Arabia was formed as the other areas were divided, the Saud family victorious in battles against two other rivals. A monarchy under strict Islamic traditions and law emerged. Wahhabism is the form of Islam practiced and promoted in madrassas and mosques in Saudi Arabia and around the world when funded from the financial resources of this oil rich Islamic State.

In 1948 Israel was declared a State as the British withdrew forces from the area.

Iraq was initially governed by Feisal, not a citizen of the area. He wanted Syria, but politics intervened and a Hashemite was given the authority for this area by the British.  His brother, Abdullah, was placed in the seat of authority in Jordan. The French became the administrators for Syria and Lebanon. They did their best to protect and integrate Muslims and non-Muslims. Over time control of both fell mostly into the hands of Muslims, the Alawite Assad in Syria, and a Parliamentary system in Lebanon, that today finds Hezbollah, with Iran’s influence, gaining greater control. France’s initial intent was to have Lebanon as a Christian dominant state in the Middle East, giving preference to the Maronite Christians. A goal under the Mandates was to subdue the more active political elements in the Muslim Empire, favoring locals that would be more receptive to the changes to take place.

The mandates with the administrative authority and oversight of French and British came to an end after 26 years. Attempts at having secular governments and co-religious representation fell prey to the gradual historical pogroms of Islamists to maintain their areas as Muslim only. Evidence of that trend, except for Israel, is clear.  Yet the Islamists continue to call for ‘death to Israel’ and the extermination of all Jews.

My impression is Erdogan of Turkey would like nothing more than to restore the Turk led Caliphate. There will be resistance, but Muslims are persistent, effective propagandists and their tactics defy the logic of rational people, The rational people being of the great powers of the past (Britain, France and America), and now other free world thinkers. However liberal attitudes even in the free world seem to ignore the barbaric practices of Islamists, such as (1) dismissing all too often terrorist acts by even one person, using bombs, guns, even knives, events by deranged minded individuals, (2) catering, succumbing, to claims of Islamophobia as racist and hateful, (3) shutting their eyes to Islam’s distaste and punishment for homosexuals, (4) appearing to accept as a condition of their (Islamic) culture, thus excuse, men raping non-Muslim girls, and (5) readily allowing immigration of Islamists, refuges, into free counties. This only helps pave the way for the All-for-Allah globalism under Sharia Law which aggressive imperialistic jihadists have sought since the death of the self-proclaimed Prophet Muhammad.

Upon the fall of the Ottoman Empire the Great Powers may not have accepted as up to their standards the Islamic infrastructure, government leaders and structure, and the law and level of education in the Ottoman realm.  But they could have been better listeners, conducted more study, and formed a better outcome. Mistakes were made. The advent of WWII did not help matters as focus was diverted from the region other than attention given to resources and strategic war related necessities. Heads of State were dealing with more important issues elsewhere. The old Ottoman Empire region was as a football fumbled, as only so many areas could be addressed at any one time by the powers that be.

The inadequacy of world leaders to deal with the whole world as pockets of trouble, conflict, need and preference stole them away, is a reality.  This has caused bad decisions, confusion, and a lack of peace in so many areas. History shows errors when after WWII communism and nuclear proliferation became the issue, resulting in the Cold War, Korea, Vietnam, while forgetting Afghanistan and Iran. Reparations for Germany and Japan, a restoration, was underway. Energy as an essential, oil, caused greed and misunderstandings between Russia, Iran, Great Britain and USA. Events leading up to the 1979 Iran Revolution and its aftermath, making Iran an Islamic theocratic terrorist nation supporting worldwide Islamist terrorist actions and hatred, the Russia-Afghanistan war, and subsequent wars in the Middle East have cost many treasured lives, and ongoing political debate on what to do. Confrontations after 9/11 have been questioned, justifiably, and inconsistency in actions, attitudes, and understanding Islam, have left areas in complete chaos.

And critical to understanding is an ongoing, ever continuing holy war, Islam against non-Islam, border by border, and against other religions. History has been forgotten, never taught, lies of peace in Islam and non-aggression by Islamists accepted as truth, and barriers to Islam’s expansion have fallen.

Islam is growing in Europe, the success of Charles Martel at Tours (732) and the Polish Holy Roman League leader, King Sobieski, at Vienna (1683) to stop Islam’s entry forgotten, dismissed. It was wrong then and it is today, for the same reasons. Islam is incompatible with those in the world that seek peace, it is evil, a manmade system of justice favoring only the Islamists, and a hate-fueled marauding backward culture rising from almost extinction as a virus. There is a cure. There is a vaccine. But is the non-Muslim world ready and willing to administer it? 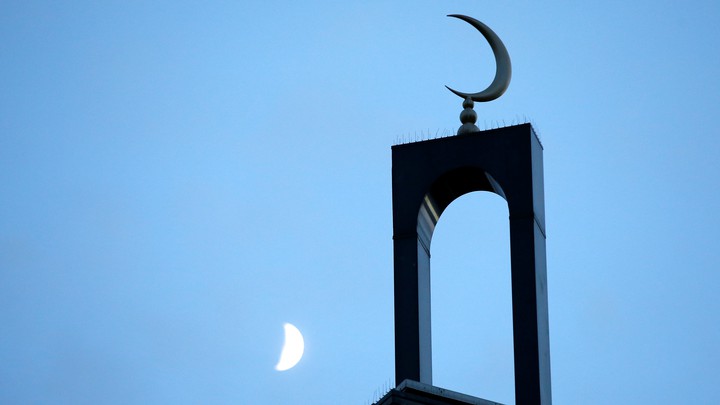 The demise of the Ottoman Empire was as important to preventing the spread of Islam, and reforming the Islamic world, freeing a caged people from a barbaric, oppressive, controlled male-dominant ideology, as the Battle of Tours and the Battle of Vienna. Soon that was all forgotten. The Islamics now have access to the whole of Europe.  America also.

Beware of this ideology, not a religion, that is intent on continuing killing fields wherever there are Christian, Jewish or non-Muslim majorities.