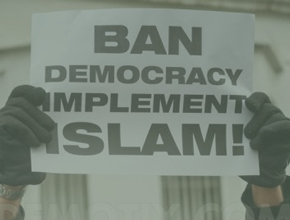 UI – Part 555 – A Tension Between Islam and Democracy

The push and pull of politics in the Middle East and Southeast Asia deserves a look.

Shadi Hamid, senior fellow in the Brookings Institution’s Project on US Relations with the Islamic World in the Center for Middle East Policy and the author of Islamic Exceptionalism: How the Struggle Over Islam is Reshaping the World, spoke with Robert Nicholson, Providence editor (9/25/2018). He provided the inspiration and insight into this blog article.

Hamid stated, “It’s not as if democracy failed in the Middle East; it wasn’t really tried.” In the Middle East Iran was making progress, right up until President Carter permitted the revolution in 1979. We (USA) supported the coup “in the region’s most populous country.” He suggests also that a democracy has political parties, various groups who have those they want to be elected. In America there are just two, and having 51 States, it is difficult for third parties or more to compete as a presence in every State would be needed to succeed. Not so in single nations. The idea of having radical political parties, violent segments of society united as a political party, by the “so-called liberal or secular elites,” made for a no-go situation. Such radical groups, or Islamists, did not fit in the process. Think about the Muslim Brotherhood or even ISIS having a voice; the shouts you would hear are purely ideological, aimed at those with counter interpretations of ‘true Islam’ as well as any non-Muslims considerations. Where the extremists ply their ideals they seek only theocracies. That is the Middle East. But there is Asia too.

Afghanistan had a flourishing modernizing society until the seventies, when the Russians invaded. Turkey discarded Islam after WWI, when Ataturk declared his nation to be on a pathway to being part of the modern world, Islam, its strident cultural and theocratic requirements, had to be stopped. No more Burka’s or hijabs. Women went to school. Western dress became the norm and progress flourished. But now an Islamist is trying to impede progress. The Diyanet was created (1924), separate from government, to allow Islam to remain as a religious guide to the people, those embracing Islam. Its mission, from Wikipedia, “As specified by law, the duties of the Diyanet are ‘to execute the works concerning the beliefs, worship, and ethics of Islam, enlighten the public about their religion, and administer the sacred worshiping places’” Erdogan now uses the mosques, receiving messages at will from the Diyanet, as his political platform; he also caters to a more Islamic approach to life in Turkey, to include imposing restrictions on any objections to his policies (freedom of speech, opinion, curbed).

Indonesia, the largest Muslim nation, Malaysia and Pakistan, have on-going battles between democracy and Islam, so noted by Hamid. More tolerant thinking, liberal as to acceptance of everyone, the common man, not just the Muslim, wages war with the intolerant political, radical Islamists and jihadists.

The concept of a private religion is simple. You believe that you believe, practice what you believe and worship with others with whom you believe. The government has nothing to do with what you believe or imposing on others what you or your group, your ideological cabal, accepts. You can share your ideology with others, even criticize others and what they embrace. You can proselytize. Allow for discussion, debate, comparison and methods, non-coercive or violent, to open the minds of others to your program. As this blog, understand-Islam, is an attempt to have others see Islam differently, or to see it in the first place, and not just non-Muslims but Muslims as well. Criticism is not persecution. Differences of opinion and interpretation are not aggressive acts towards the opposition. If an independent democratic political body is in charge then the State, or government, only intervenes when there is violence, physical abuse towards others, a lack of respect for all voices, and for the common elements of society. It is to be the same for all, applied equally and with fairness. Equality applies, male and female, rich and poor, human rights, and as to opportunity. There will always be a question of cost, who pays or how can someone afford what others can, and they cannot. There will always, unfortunately, be an imbalance, an imbalance impossible to totally rectify. But there needs to be incentives too, an open society that does not restrict, that does not limit opportunity otherwise. You can start poor and become successful, but oddly enough many start rich and become poor. This is not socialism about which I speak. The starting line may be the same, while outcomes of races may not be. It is how life works.

Can Islam or Islamists separate themselves within a given society, accept pluralism, and abide by common law. Thus no honor killing, no death for apostasy, no cries of persecution by those not in accord with Islam, no stoning and no child marriages. Can churches and synagogues be built as rapidly in Saudi Arabia, Iraq, Afghanistan, Indonesia, et al, as mosques are being built in non-Muslim nations? Such would be needed as a giant step towards truly free elections (another step) and in time a democratic, common law, in all likelihood secular, society. Can a secular society operate “under God?” Why not?

The question becomes, among the private religions, who is God? Take the major so-called religions of the world today, a world population of over 7 billion, more than 75% (a pure guess) believe in god. The supernatural invades every crevice of our souls. It is interpreting, understanding, accepting and believing, not denying, that something greater than any of us created and controls the universe. That is an obstacle we all try to overcome, along with our sinful nature, a path we all try to find, as what happens after we die will always be of great concern. There is enough history and evidentiary materials on this earth, documentation and architectural, that we all must strive to protect and preserve, as the answers to our future lie within our past. It is such a disgrace, a travesty, when there is wanton destruction of artifacts and materials that provide the clues to from whence we came and to where we might be going.