This is the third in a series of blogs about reforming Islam prompted by a one day forum by 5 noted moderate Islamic, or Muslim, reformers.  The group included Raheel Raza, Dr. Tawfik Hamid, Dr. Elham Manea, Dr. M.Zuhdi Jasser, and Professor Salim Mansur.  The date of the presentation was August 6, 2018.  The location, Aspen, CO.

From the pyramid of Islam as reviewed in the prior blog (“Is Reform of Islam Possible?”) every one of these reformers agreed their target is the vast majority of Muslims, which are “cultural” Muslims, and then those that are somewhat religious, or as they call them, “ritualistic.”  The upper levels of the pyramid, where the numbers decline, the challenges to reform are greater, starting with those more ‘theocratic,’ then the ‘radicals’ and indeed, the ‘jihadists,’ or the level at which terrorist acts are committed.

Once I was in that place referred to as ‘cultural.’ I was a cultural Christian. There came a time when I was challenged to learn more about my stated religion to understand its true meaning and what committed or convicted Christians know in their heart is the truth. So I set out on a journey that involved reading the Bible thoroughly, analyzing the history behind the old and new testaments, studying the principal persons of Scripture, from the Judges to the Kings, the Prophets, Jesus, his disciples and apostles, and asking questions of Christian scholars and my ministers. It was an enlightening experience as I discovered many answers not only about the Bible but about myself, concerns, dilemmas, feelings, and attitudes that were revealing in themselves. I became aware of the presence of God in my life, and through the Word of God (the Bible) a valuable and important relationship with the supernatural that gave hope and joy a new meaning. My personal freedom came from my awakening.  I will save the resurrection of Christ and its impact on me for another time.  The point I’m making is that the passage from a cultural Christian to a more developed and convicted Christian came about through study of Scripture.

I wrote a book, a testimony about my journey, Wake Up, Wake Up, The Testimony of a Layman.

In its most succinct form the Bible informs the Christian that there are two Commandments that are the greatest. The first is to love God more than anything else. I believe Muslims will agree with that. However the second important Commandment for the Christian is to love one’s neighbor, regardless of who they are, their religion, their race, or their status, as they love themselves.

Anyone who loves God, according to the Bible, must love their brother, their sister, their neighbor; otherwise they do not truly love God. They are aware also that their neighbor may disagree with them, even threaten them, yet love must prevail.

I took the same approach to Islam as I did to Christianity. I was fascinated by the fact there are 1.5 billion Muslims in the world.  There are 2.3 billion Christians.  Both are large religious groups whose foundations must be important enough to understand.  I read the Koran. I studied the history of Islam. I became quite knowledgeable of the individuals that are prominent in the make up of this ideology, to include the prophet Muhammad, the early Caliphs, hadiths written which appeared 150 to 200 years after Muhammad’s death, the evolution of different Islamic dynasties, and books by authors important and influential to Islamic thinking, Quranic interpretation, and texts used as guides, such as The Reliance of the Traveller. What I learned, I must admit, did not compel me to alter who I was for the sake of Allah. I would have to give up my freedom and also bring much despair into a life of hope and joy that is offered by the saving grace provided a Christian.

Nothing in the Bible discouraged me from seeking an alternative path; I was encouraged to learn about others, what they believed, their religion or ideology, even compare, but to make up my own mind.  If I left the faith, from a cultural or more committed foundation, it was as a sheep separated from the flock. No one would seek to harm me for leaving. Instead they would pray for my well-being and safe return home, whether or not that did occur. In addition the Bible provided separation, acknowledging governments, such as Caesar leading Rome, to be respected and to whom taxes are to be paid that are not Christian (or theocratic) which allow many religions, philosophies, to live among the people.

My experience from the study of Islam led me to write this blog under the title TomBalderston.Wordpress.com, and then to be more clear as to the nature of the blog, Understand-Islam.com.  (Note:  I even wrote a novel, The Damascus Quran, taking some liberties with my knowledge of both Christianity and Islam, and the believers of both.)

As mentioned earlier, the Bible emphasizes the second most important commandment is to love your neighbor as yourself. Unfortunately there is no such similar Commandment in the Quran. The Quran instructs all good and faithful Muslims to be a good neighbor, but for a reason. It is as not to bring too much attention to themselves so that they can further their dedication to God (Allah) and remain steadfast as a Muslim to in turn promote, or proselytize Islam. Loving one’s neighbor, one who is a Jew or Christian or atheist is not permitted, not even to be a friend. So a more committed Muslim would have difficulty as a reformer, confused in fact as to the freedoms they might enjoy that would make them less acceptable to Allah. This is a problem the reformers need to address.

From the Quran:  “Worship Allah ˹alone˺ and associate none with Him. And be kind (good) to parents, relatives, orphans, the poor, near and distant neighbours, close friends, ˹needy˺ travellers, and those ˹bondspeople˺ in your possession” (Dr. Mustafa Khattab, The Clear Quran).  There is no mention of ‘love’ of neighbor, only to be good or to be kind, to your slaves as well. This is followed in verse 4.44, to beware of association with non-believers as, “They by error and desire to make you err from the (right) way.”  And if for any reason a neighbor might be seen as disruptive (towards Islam), critical even (thus no debate), there is verse 33.60,  “If the agitators desist not – We shall urge thee (believers) against them – then they shall not be neighbors. Accursed, they will be seized and slain” (33.61) (The Jews of Yathrib). Also from Sahih International 33.60, “If the hypocrites and those in whose hearts is disease and those who spread rumors in al-Madinah do not cease, We will surely incite you against them; then they will not remain your neighbors therein except for a little,” and 33.61, “Accursed (those once neighbors) wherever they are found, [being] seized and massacred completely.”

Loving Allah does not suggest a need for loving one’s neighbor.  Loving Allah alone will justify Allah’s love.  As for those who do not believe; Allah has no love for them.  A reading of verses 3.31 and 3.32 reinforces what I have said.

It may be necessary for the reformer to discover a new Furqan (a new Quran, modernized, inspired and accepted), one that clearly states lives must be lived loving others, being tolerant and not intolerant, and being free to indulge in life and its many beautiful offerings without bringing shame to one’s family, friends, peers or ummah (community).  Revising how to interpret the Quran, as Dr. Tawfik has done, can help Muslims come to grips with a strong desire and affinity to be free from the shackles that appear to exist in Islam, but the answers are just another human’s interpretation. Each school of Sunni or Shiite Islam is an interpretation. The debate as to ‘true Islam’ will be a constant. A warning remains in verse 6.21 of the Quran that it is unjust to wrongly interpret the Quran, but is silent as to who is the judge.

A major obstacle I see for the Islamic reformers is that the study of the tenets of Islam, applying similar research methods to my own, would have more individual cultural Muslims becoming radicalized. Even if such study was conducted in madrassas in a secular governed nation, such as Turkey today, the emergence of radicals from the cultural base will occur. People should understand who they are and what they believe. In so doing much can be revealed to them. Unfortunately in Islam there is too much hatred towards non-believers that is hard to avoid in a thorough study.  This suggests to be a Muslim, one who understands the ideology, is to have a heart darkened by disdain for non-believers and any who openly disagree or wish to debate the basics.

A secular government is primary to the reformers.  Choice then of religion, or no religion, becomes personal.  For the Muslim that wishes to remain a Muslim, for society or political reasons, they can do so.  The reformers will provide a new way of reading and understanding the Quran.  In addition they emphasize that Allah’s judgement will be known on the day of Judgment, not before by any human, no matter his Islamic theocratic scholarship or degree.

Have the reformers yet challenged their Muslim brethren, the vast majority that are cultural or somewhat more religious, to consider another path, other than Islam, that would provide the freedoms and the universal human rights they themselves embrace and desire for all Muslims. Is what they are wanting already available, just not, unfortunately, as a Muslim. A secular atheist may be the solution, one that continues to respect Allah as God, but not as a devoted follower.

For the reformers the question I have – is the ‘cure’ for radical Islam outside of Islam itself? They themselves found living in the free world, observing others whose attitudes and beliefs differ from that of Islam, appealing and want that for all Muslims. That is a noble objective. But is it possible within the framework of the tenets of Islam? There is no New Furqan as there was a New Testament. But there are other pathways to the freedoms, decency, peaceful co-existence and love of neighbor, they seek.  It may be secularism, which can be, and allows it to be, as an atheist, having churches, synagogues and mosques, and other temples to gods in their territories to explore, but can it be secularism and Muslim, with similar freedoms to marry who you choose, to live as one chooses, and to follow God as you choose, and without punishment for apostasy?

It may be simply a society of conservatives and liberals, but consider how that is working.

So what is the greatest obstacle.  It is Love, love of neighbor, unconditional love as God loves you. 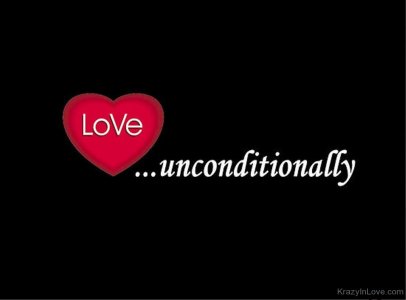 There are additional concerns to reform Islam.  Continue to follow.  they will be discussed in next Blog – understand-Islam.com