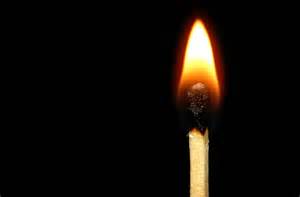 What do you think?  How did it all begin?  The wonder of wonders, the universe, is our trough.  From it we are able to breath, have water to drink, food to eat, and temperatures that neither freeze nor burn us, even the knowledge and ability, as scientists, to make incompatible environments more compatible.  Think heat and air conditioning. Quoting Tim Keller, “Science knows of no chain of events without a beginning….” (Making Sense of GOD, Tim Keller, 2016, pg. 218, Penguin Random House, NY, NY)

There must be a ‘start’ to anything and everything.  A something, or someone which initiates, or creates or causes. Is that a polemic to which we can all agree?  The debate continues, a discussion topic to which not even scientists can agree or conclude, that can ably explain the existence of, you name it, the world, the cosmos, the earth, the stars, moon and sun, the other planets, humans, life, and….  Where does that leave us?  What is that something or someone except that which is much greater, incomprehensible, inconceivable, and more baffling than anything we know, or that the whole of knowledge contains?  Try as we have, the answers are elusive.  If our world is the natural world which nature and science can see, that something or someone came from elsewhere. Beyond what we know, the ‘cause’ exists. Not only did that something or someone beyond ‘cause’ what we enjoy, the something or someone enables what we know to continue. As some of the millennial’s might now remark, “OMG!”

Things are created, such as planes, trains, automobiles, cell-phones, websites, apps, and other materials items.  Did they just happen or did they have a creator?  Invention is a divine gift from our creator.  The most intelligent designer was… and the answer is?  Darwin is losing ground on his postulation that humans emerged from the ooze of the muck that comprised an earthy initiation.  Schools may have to teach anew creationism, and downplay evolution as more and more people accept the origins of humanity, the earth, the universe, as recent (13 billion years since the Big Bang; 10,000 years for life) and divine.

What we can logically conclude is that there is a God.  A God of the universe.  A God that made life happen.  A God that created man in his image. Another way to consider God, is that something or someone that was the cause, is God, by definition.  Now what we can ask further is, “Is God a good God or a bad God, a true God or a false God?”  The concept of good and bad is foreign to no one.  The concept can be reflected in terms of white and black, dark and light, or God and Satan.  And also there may be variations of God as has been conceived by humans of which, I believe, there is but one true God, the First Cause.

Given the majority religions, as often referred to, we have the Christian God and the Islamic Allah.  In my writing I have referred to Islam as an ideology more than as a religion.  Does that make Allah not God?  Or does that make Allah God but falsely used in the formulation used to control the lives of those persons that refer to themselves as Muslims and follow the scripture of Islam, the Quran, and the related documents.  Related documents include Hadiths, The Reliance of the Traveller, and written interpretations from scholars (ulema)(humans) such as Ibn Muhammad ‘Abd al-Wahhab (helped establish the Saud Empire.  Founded Wahhabism), Sayyid Qtub [Social Justice and Ma’alim fi al-Tariq (Milestones).  His magnum opus, Fi Zilal al-Quran (In the Shade of the Qur’an), is a 30-volume commentary on the Quran],  Abul A’la Maududi (The Meaning of the Quran), Ruhollah Khomeini (led the 1979 Revolution of Iran), and/or Al-Ghazali (The Incoherence of the Philosophers).

The Bible, which interestingly enough the Quran uses as a foundation for the scripture of Islam, is a reflection of an extensive period of history.  From the creation of man, one can argue, to the life of Christ.  It covers the history from the first human by the First Cause to the salvation of humans by the incarnation of the First Cause.  Why did God (The First Cause) appear in the image of man?  As God he can do, or be, what he wants to do or be.  God provided humans with free will.  We know what that is, beginning with the smallest of children, the ability to say ‘no’ to a parent or authority.

When God’s first human said ‘no,’ disobeying God, he was punished and stripped of an eternal nature, a spiritual nature, and a sinless nature.  All subsequent offspring were thus stained with an impure nature, a tendency to be tempted. God had a choice.  All humans could be eliminated, killed, and the sin nature erased from the universe.  OR.  God could die for his humans, forgiving them of their sin, and making them right anew with God.  So when he came to earth as a human, in the form of Jesus, he lived a perfect life, was an example to mankind, and had many witnesses of his existence.

As perfect a life as Jesus led, he still managed to upset the human governmental authority structure.  They felt threatened, although never with their lives, with this charismatic believable loving figure.  It was their power, their status and their base they feared would be mitigated as many began to follow and believe in God-incarnate (Jesus Christ). So they sought, and succeeded in having him crucified (that is how they killed criminals then – the Roman way). But, as foretold in the Bible, Jesus died on the cross, was buried, BUT three days passed and he rose from the dead (overcoming sin and death), as this action was intended as acceptance of the punishment all humans deserve for their disobedience to God.

Those who believe in the saving grace of Jesus are Christians.  Their God is the true God. Believers are forgiven. Believers are filled with the hope and joy that accompanies a heart for,God and a life eternal.

The age old question, “Who lit the 1st match?”  Someone!

Consider America as a Christian Nation.  Certainly it is my prayer and wish that all nations be Christian nations.  That is not to say they are to be ruled by Christians.  It is to suggest the ethical and moral values as noted in the Bible become the standard for humanity.  The Bible will not be the rule of law.  Laws will be established considering all who live in the environs governed, laws common to all, and fully considering the freedom humans enjoy.  Governments cannot guaranteed joy and hope for its citizens, only God provides that for those whose hearts know God and for those whose purpose in life, their choice, is to serve God.

Here are a few prior Blogs on related topics that may be of interest.