We are beginning to read on a practically daily basis politicians, not just in Islamaland, taking steps to curb “Islamophobia.”  I have written on the topic of Islamophobia several times.  It is not an act of hatred towards Muslims.  What is wrongly labeled as such are concerns, questions, objections, criticisms, and doubts about what many, once they understand Islam (mostly from a non-coerced non-Muslim vantage point), believe (Islam) is an ideology falsely framed as a religion.  The many so targeted as racist or bigots or the like for expressing themselves see the God of religion as more a loving God than a hateful, spiteful warrior focused on the destruction of those who are not aligned or are in disagreement with the tenets of Islam.

In Lauren Southern’s recent book, Barbarians, How Baby Boomers, Immigration and Islam Screwed my Generation (Kindle Edition), she writes, “Unquestionably one of the most retarded concepts to come out of the radical left in recent years is the concept of ‘Islamophobia.’”  She blames the liberal left for the label, saying also, “if the left merely attacked ‘fear of Islam,’ this would still be silly, but at least it would be something we could debate. But to brand such a fear as a ‘phobia’ marks it as an a priori irrational fear: in essence, a form of bigotry.” Lastly, “That the left should seek to label suspicion of Islam this way isn’t surprising. The left is like a blue-haired shark. Or a drug addict. It has to keep moving forward by finding new, increasingly dubious civil rights struggles to attach itself to in order to keep its high of righteous indignation.”  The liberal left responds to groups like the OIC and others, as well as the loudest voices from minorities to appear empathetic, but when they succumb to the point of proposing or making law, often out of their own fears, then there should be boisterous concern expressed by the majority. 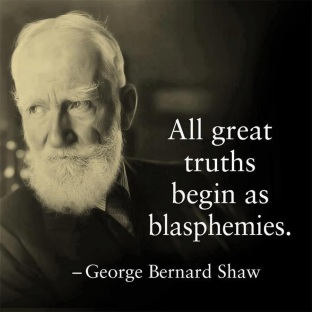 Attacks on Freedom to Speak

Terrorism abounds and comes closer to our shores and doors seemingly daily.  Politicians see Muslims as a victim group and cater to protect them, but protect them from what? Mostly liberal and elitist politicians find Islam another group that, as Social Justice Warriors (SJWs), they can attract to their base, more for their campaign contributions and votes than as true adherents to the ideology and logic of Islam.  Protecting them from criticism is neither healthy nor correct, as that would curb any opportunity for a proper apologetic to make the world see for themselves or decide for themselves the claim that Islam is a religion of peace.  The SJWs use speech to opine as advocates for minority factions while clamoring for restrictions on free speech for those in opposition to their claims. The challenge towards those classified as Islamophobic is protecting their free speech rights. The plan of those exposed and questioned by the Islamophobes is restricting the freedom to speak out, under the umbrella of ‘persecution’ or ‘hate’ speech. They are the haters by hating the inconvenient truth that Islam is a threat to freedom and democracy.

Oh how the slightest criticism, rebuke, or even challenge raises the hairs on the neck of those who are decidedly Islamic with reverberating shouts of ‘persecution’ and calls for jihad, a resistance, a fight towards those who are now, in their view, the aggressor.  The Islamophobe is, by the definition of the Islamist, an aggressor, the one taking the first step in a battle to stop Islam, to convert Muslims, to defy a world conquest for Allah. A world All for Allah is considered by the Islamist their mission.  No one else can promote another religion as that in itself is Islamophobic, as it might engender a Muslim to doubt, or consider another path to achieve salvation.  Note that should a Muslim chose another path, even as an intelligent person, able to decide for themselves, they are putting themselves on a road to hell, to be destroyed by any Muslim who is made aware of this defection and carries out the Law of Islam to kill any apostate. Killing critics of Allah and Muhammad is permitted too under Sharia.

Blasphemy Laws, categorized as hate speech, hate towards Muhammad, Allah, the Quran or actions of Islamist leaders, have been legislated in Pakistan, Saudi Arabia, by the Taliban, Al Qaeda, in Iran, Afghanistan, parts of Indonesia, countries in the Maghreb, Somalia, Nigeria, Yemen and other Muslim majority nations.  Even though such restrictions on free speech are never warranted, knowing Islam it is understandable in those areas where total control over the minds of the people is a necessity.  But when we see such laws passed in the UK or Canada, well, we must all beware of the influence, the money, that is being brought to bear on political operatives and persons hungry for power, for the office they seek, the stature they believe is possible, the pension they obtain (like a lottery) and the platform from which their opinions will be heard (good or bad).

Denmark – A man was recently charged by their penal code for burning a Quran. No one was charged when a bible was burned on national TV.  Is the cause of this double standard the violence possible when Islamists react with trucks, knives, guns or hammers?

Britain – A man was also punished, sentenced, for burning a Quran, several arrested.  A hamburger vendor refused to serve a customer, who happened to be a Muslim, and was reported for a ‘hate speech’ violation.  He was fined. This ideological deviance is considered wrong and thus punishable by law. There have been several arrests for displays of anti-Islamic material (not intended to incite violence), but not for anti-Christian material. A Christian woman was prosecuted for talking about Christianity, proselytizing, to a Muslim colleague. Police visited a U.K. Citizen to suggest he stop posting on his Facebook page criticism of Islam (see report) or there would be consequences.

Scotland – a talk show host was fired for having a debate, between a Muslim and a Christian, the topic, whether Jesus is the way, the truth and the life.

Canada – Motions are being passed in the legislature to prohibit all kinds of criticism of Islam. A blogger/journalists was recently arrested at an airport for having critical comments in note form on his personal iPad. Motions to similarly protect Judaism or Christianity have yet to be put forth. A lack of definition of what is to be punished provides excessive leeway for Islamic organizations to create their own vigilante police force within the Canadian border. Eliminating ‘Islamophobia’ in any fashion has heard calls from the Islamists of ‘concrete measures’ to be taken by the government. If this continues, this politically correctness in tatters, expect the Inquisitions to begin with Imams holding court and swords over the perpetrators and their necks, a photo of Prime Minister Justin Trudeau hanging on the wall.

New Jersey – On August 1 at a public hearing on the construction of a mosque residents, neighbors, were informed by their local court, a federal judge, the words ‘Islam’ or ‘Muslim’ could not be used when expressing their concerns, even support, on the subject.

France – a journalists has been charged with ‘incitement to discrimination and hatred against people of Muslim faith’ for saying Muslims “have to choose between Islam and France,’ criticizing jihadism, and stating his opinion that, “moderate Islam does not exist.”  Truth spoken does not have any defense in France, it appears.

In Europe blasphemy is an offense in Austria, Denmark, France, Greece, Italy, Liechtenstein, the Netherlands and San Marino, with ‘religious insult’ an offense in many other countries.

There is some, a wee bit of, good news.  People are beginning to speak out against such laws. The Dutch can now insult god and not be punished (to include Allah).  Free speech activists have a movement afoot to curb legislative acts that limit freedom of speech and expression. But, they must be careful, as where laws already apply they may be punished. A fight with the OIC (the Organization of Islamic Cooperation) will go on as they plow the fields of freedom to suppress by funding members of legislatures to make laws against anything negative towards Islam.  The liberal politicians must consider also the impact ‘hate speech’ laws can have in the long run.  Society impacted could indeed turn on the politicians themselves, as have the ‘deplorables’ in the USA.

Facebook sides with Islamists to restrict free speech. How far will they go. (Read)

Those oil dollars have been a boom for the Islamists.  Not for those that love freedom.

Where will the well-spring of freedom erupt anew to awaken the silent majority to demand their politicians stop catering to the Islamists and the lying Social Justice Warriors who spew forth as false prophets claims of future chaos or sanctimonious compassion for minorities.  Their ID politics is nausiating.  When will those who love freedom stand-up for liberty, freedom of speech and thought, and cry out for open objective debate on matters essential to properly understand? The ‘deplorables’ that see through the lies of the SJWs must take it to the voting booth and elect those who do not fit the elitist model.

Islamophobes are just asking questions. Let them speak, let them ask. Either listen, answer the question without attacking the person, or let them be. But do not restrict their freedom. If violence is involved, curb those inflicting the pain. It’s not the words. Understand Islam, understand why you might object, be an apologetic as a defense, not the author of laws restricting what so many have fought for historically to attain – freedom, freedom of speech, freedom to speak, even Blog, Tweet and post on Facebook.

Evaluate also those who object the most, their rationale or their own bias.

Worse than the label of ‘Islamophobic’ is the legalization of punishment for ‘hate speech’ when indeed it is not hatred, racism, or bias.  What it is, is concern, opinion, and freedom of expression.  If suppressed those you now hear may go underground and form a movement, en mass, in opposition to both their concerns and the oppression caused by influential political sychophants.  More words from Lauren Southern, “suppressing words doesn’t make the ideas those words represent go away. It just makes the people who hold those ideas harder to spot, because they go underground, or keep quiet publicly.”

Personally, and I feel I am not alone, I would prefer to see the ideology of Islam simply die, the voice of the Islamists suppressed, and just permit more peaceful, more loving, caring and compassionate ideologies and religions continue, allowed to proselytize as they wish.  But that would restrict the freedom of the Muslim.  To the extent they are heard, however, objective rational debate must be allowed, even criticism, without Islamic police or UK bobbies or any SJW vigilantes threatening.

Protect everyone’s freedom to speak and have an opinion.

“Blasphemy laws imply that an all-powerful supreme being is incapable of defending itself” (Source: unknown).  That is an irony of ironies.