There is evil in the world. None of us can deny that. That evil is from man. The rebellious heart that beats within everyone of us was provided by a good God who gave us freedom. Wanting us to be as good as he, we expressed our independence and disobeyed his warnings. How many a child disobeyed their parents at least once? Such disobedience created in mankind the stain of a sinful nature. Left to fester on its own it has created nothing but chaos in the world. For our disobedience we need to be punished. For the Christian, followers who believe and trust in Jesus, that punishment was taken by God and we were forgiven, being restored in righteousness. On Judgment Day when we each appear before God we will still be guilty, but our punishment was taken by Jesus, forgiven, we will have an advocate in Jesus Christ who was sentenced for our crimes. We will then be allowed to go free.  We are saved to live a life eternal.

I believe the Christian pursuit is the only pathway to salvation. It is only by faith in Christ that anyone can be saved. He did what many feel they must do every day, and do more, as service and activities, in an attempt to please god and be made right with God.  When a religion calls for constant activities as a requirement to find favor in the Lord they miss God’s Grace.

However we must credit the Muslims who have made every effort to remove temptation from the lives and environments in which their followers reside. Unfortunately they have gone about it in the wrong way.  Inherent in their ideology are errors of judgment as to the requirements of God. Man is to recognize the evil in their hearts.  God is also the final judge. No human can take God’s place when punishing the evil doers. Only Christ did that and provided what was needed to be saved. God himself injected himself in the reality of human existence, taking our punishment, and providing forgiveness, as only he could.

Every Muslim that punishes in the name of Allah for crimes against Allah, and not against mankind as a whole, common crimes affecting the safety and security of every individual, are themselves criminals. They too are sinners. How can they possibly carry out the punishment that only the highest judge in the universe, God, claims for himself?  That is their error. Man is not God and no man can at any moment assume God’s rightful place in judging.

It is the Biblical God through the Word (the Bible) that tells the real story. Allah in the hands of a surrogate, a mortal, Muhammad or the proponents of his example, cannot mete the punishment humans deserve for their crimes against God alone. Crimes against humanity, equally applied are different, such as for murder or rape. Certainly the Islamist creates awareness, but when barbaric practices are employed to punish apostates or adulterers or for manner of dress or hairstyles, the practices employed are of man’s doing not of God’s. Man is not and never will be a God. The only thing the Muslim police or executioner is doing is demonstrating they are more evil than others.

Islam has made millions aware of God’s laws, but they have not made millions that follow Islam aware of God’s unconditional love, God’s commitment to mankind, and God’s passionate act of love by doing and being as only God can do and be.  Only God could become man and live among humans and suffer the chastisement we deserve for our sins.  Just as God could cause a virgin to give birth to the Messiah. Through one man came sin. Through one man, God-incarnate, came forgiveness for sin.  God made us aware but freed humans from the law.  As believers we are guided and reminded by the Holy Spirit to live as an example of God’s goodness, that is our purpose, loving God and loving our neighbors (fellow humans).

I use the word God in contrast to Allah, suggesting that Allah in manmade.  Allah is Muhammad’s artifice, a formula to deceive his followers into believing they were blessed by the Creator, thus hiding behind God as a ruse to gain power and grow an army.   Allah never appeared to humans.  God did. God can forgive sins.  He did, making man, those that trust him and accept his grace, right anew.  Reconciled and restored those that Trust in the Lord have hope and joy and the knowledge they have purpose and a life eternal with Him.

Islam has millions as followers who have an awareness of God’s laws, but not in the way God intended.  They have also become subjects of a requirement to remain, as they were born or if converted to Islam, or they will be killed.  Death for apostasy is the ultimate tool of control to grow a force from which radicals can emerge and continue the imperialistic practices of the example of Islam.  This Law is clearly of man’s doing and serves only the hierarchy of Islam.  It does nothing for the Muslims except cause fear (Islamophobia). However for Muslims who have been made aware they just have not been given the freedom to make their own choice, not even explore differences between Christian and Islam, or God and Allah, the Bible and the Quran.  If they do, what they discover will be alarming, concerning, disquieting and cause disruption to the whole of Islam.  But there are those Apostasy Laws that keep them chained to the dungeon walls of Islam.  They can escape, but then they must hide, change their name, seek protection, as the forces of the evil of Islam will seek them out to behead or otherwise exterminate them.  For that there is no credit to be offered.

Those that do escape must realize that God loves them and with Christ as their guide, placing their faith in Christ, what Islam calls them to do daily to qualify for Allah’s paradise, has been done for them by Christ.  Islam makes Christianity a paradox.  That being the case, the outcome, however, is the truth.  Explore the Word of God and know the Truth. 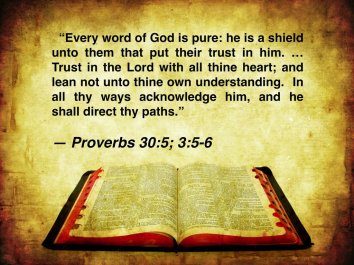