I am sharing an email received from a friend. It is a statistical review of how Islam spreads. It is not a good story and one that all should know and be concerned about.

The email: “I read this guy’s book.  It’s not a great book but he presents some damning facts about Islam. This book came out in paperback Dec. 15, 2010.  Adapted from  Dr. Peter Hammond’s book: Slavery, Terrorism and Islam: The Historical Roots and Contemporary Threat.

Islam is not a religion, nor is it a cult. In its fullest form, it is a complete, total, 100% system of life .Islam has religious, legal, political, economic, social, and military components. The religious component is a beard for all of the other components.

Islamization begins when there are sufficient Muslims in a country to agitate for their religious privileges. 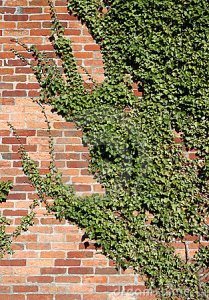 When politically correct, tolerant, and culturally diverse societies agree to Muslim demands for their religious privileges, some of the other components tend to creep in as well.

Here’s how it works:

As long as the Muslim population remains around or under 2% in any given country, they will be for the most part be regarded as a peace-loving minority, and not as a threat to other citizens. This is the case in:

At 2% to 5%, they begin to proselytize from other ethnic minorities and disaffected groups, often with major recruiting from the jails and among street gangs. This is happening in:

From 5% on, they exercise an inordinate influence in proportion to their percentage of the population. For example, they will push for the introduction of halal (clean by Islamic standards) food, thereby securing food preparation jobs for Muslims. They will increase pressure on supermarket chains to feature halal on their shelves — along with threats for failure to comply. This is occurring in:

At this point, they will work to get the ruling government to allow them to rule themselves (within their ghettos) under Sharia, the Islamic Law. The ultimate goal of Islamists is to establish Sharia law over the entire world.

When Muslims approach 10% of the population, they tend to increase lawlessness as a means of complaint about their conditions. In Paris, we are already seeing car-burnings. Any non-Muslim action offends Islam and results in uprisings and threats, such as in Amsterdam,  with opposition
to Mohammed cartoons and films about Islam. Such tensions are seen daily, particularly in Muslim sections in:

After reaching 20%, nations can expect hair-trigger rioting, jihad militia formations, sporadic killings, and the burnings of Christian churches and Jewish synagogues, such as in:

At 40%, nations experience widespread massacres, chronic terror attacks, and ongoing militia warfare, such as in:

From 60%, nations experience unfettered persecution of non-believers of all other religions (including non-conforming Muslims), sporadic ethnic cleansing (genocide), use of Sharia Law as weapon, and Jizya, the tax placed on infidels, such as in:

After 80%, expect daily intimidation and violent jihad, some State-run ethnic cleansing, and even some genocide, as these nations drive out the infidels, and move toward 100% Muslim, such as has been experienced and in some ways is on-going in:

100% will usher in the peace of ‘Dar-es Salaam’ — the Islamic House of Peace. Here there’s supposed to be peace, because everybody is a Muslim, the Madrasses are the only schools, and the Koran is the only word, such as in:

Unfortunately, peace is never achieved, as in these 100% states the most radical Muslims intimidate and spew hatred, and satisfy their blood lust by killing less radical Muslims, for a variety of reasons.

When the Ivy fully develops it can cover your house.

‘Before I was nine, I had learned the basic canon of Arab life. It was me against my brother; me and my brother against our father; my family against my cousins and the clan; the clan against the tribe; the tribe against the world, and all of us against the infidel. — Leon Uris, ‘The Haj’

It is important to understand that in some countries, with well under 100% Muslim populations, such as France, the minority Muslim populations live in ghettos, within which they are 100% Muslim, and within which they live by Sharia Law. The national police do not even enter these ghettos. There are no national courts, nor schools, nor non-Muslim religious facilities. In such situations, Muslims do not integrate into the community at large. The children attend madrasses. They learn only the Koran. To even associate with an infidel is a crime punishable with death. Therefore, in some areas of certain nations, Muslim Imams and extremists exercise more power than the national average would indicate.

Well, boys and girls, today we are letting the fox guard the henhouse. The wolves will be herding the sheep!

DHS Secretary Janet Napolitano swore in Kareem Shora, a devout Muslim who was born in Damascus, Syria, as ADC National Executive Director as a member of the Homeland Security Advisory Council (HSAC).

NOTE: Has anyone ever heard a new government official being identified as a devout Catholic, a devout Jew or a devout Protestant…?  Just wondering.

That should make the US’ homeland much safer, huh!! Was it not “Devout Muslim men” that flew planes into U.S. buildings 10 years ago?

Was it not a Devout Muslim who killed 13 at Fort Hood?

Also: This is very interesting and we all need to read it from start to finish. Maybe this is why our American Muslims are so quiet and not speaking out about any atrocities. Can a good Muslim be a good American? This question was forwarded to a friend who worked in Saudi Arabia for 20 years. The following is his reply:

Therefore, after much study and deliberation….Perhaps we should be very suspicious of ALL MUSLIMS in this country. – – – They obviously cannot be both ‘good’ Muslims and good Americans. Call it what you wish, it’s still the truth. You had better believe it. The more who understand this, the better it will be for our country and our future. The religious war is bigger than we know or understand. Can a Muslim be a good soldier???

Footnote: The Muslims have said they will destroy us from within.
SO FREEDOM IS NOT FREE.”

The concern for me is on freedom. Islam is an Ideology of Hatred. Muslims may already be in Hell, condemned by their own conception of how to live. Muslims cannot truly believe as they do, especially those referred to as moderates, except as a cultural family tradition. They are Semitic people, in origin, and hold on to traditions, but not necessarily those as preached by the fundamentalist ulema, the scholars of Islam. If not an Islamist, then a Muslim must find another path or soon discover they too are as much hated as other infidels, the Jews and Christians.