Part 1 was published on this Blog two days ago.

From diversity to awareness, we continue with this discussion on your place, my place, our place in this world.  Our earthly existence is short term.  Let us make the most and best of it.

Where Islam Fits In

This blog writes with an emphasis on understanding Islam.  There is a lack of objectivity, I have often expressed, on the part of Islamic scholars, the ulema, and those that teach Islam, the Imam’s, mullahs, ayatollahs and other clerics.  There are many within Islam that do not either understand why they are Muslim, or why the Quran, their Scripture, is filled with so much enmity towards those who do not believe as they do, or should.  It is as the liberal left who feel any policy, how people live, must be decided for them, by the liberals, with their ideas and intentions, not that of others.   I pray for those inheriting their ideology, who are culturally surrounded and limited in their view of alternatives, freedoms possible to have choice, to remain, or to seek other paths, paths discovered through understanding history and the evolution of our universe in many places into what is referred to as ‘modernity.’

Humans in developing or developed nations, whose fearless leadership sought better lives for their people, to include objective freedoms, have become more tolerant of others, their ethnicity, their religion, their opinions and their color. Equality, that of education and opportunity, not outcomes, was preferred.  It did not and will not happen instantly.

The privileged class is growing smaller, the young patricians feeling guilty about their part; “the passion of the new age was (and is) egalitarian,” wrote William Manchester, The Last Lion, 1983, Random House, NY, NY, pg. 830.  The Muslim world, where over 57 countries are majority Muslim, just one a theocracy (Iran), demand Islam as the religion (ideology, says me) of the State is not egalitarian.  Islam and the leaders of the Islamic ideology lack objectivity.  The comparison with the Democratic Party, the active safe-space seeking, intolerant, selectively deaf Party loyalists, is readily apparent.

Progress, to continue, must extend globally to attain a peaceful platform upon which all citizens of the world can stand feeling safe, secure in their homes, and enjoy their private lives.  Where people as a whole, the governed and the government, will publicly acknowledge the rights of everyone to seek their own paths, paths purposed from creation by God, without any enmity or animosity, the ideal of peace may be possible.

History will show how often we have stumbled and regressed, where one individual, or an elite cabal, has compromised the lives and future of millions for selfish or mis-guided intentions.  Our place today is to avoid repeating the past through ignorance, close-mindedness, defiance out of loyalty, blind hatred, and making a stand for political alliances above and without the truth or a mind open to debate. There can be more than one side to an issue.  There can be compromise as well.  There are practical considerations to be included.   We must avoid vindictiveness for its own sake; that has no place in a peace loving society.

We must all condemn those who will not open their libraries, allow their citizens to learn, who conspire to stifle free thinking, who limit access to the internet, even social media, or knowledge and awareness of other parts of the world.  As North Korea has been in the dark, literally, for decades, so too have their citizens, brain-washed, fed what the leadership wanted them to know, feel, and believe, for the purposes of humans wanting to be god, revered, obeyed and worshipped.  The needs of the common man was not the primary consideration. That is what occurs in much of the Muslim world as well.  There are villagers in counties we feel are advanced, like Pakistan, that when meeting an American will ask, “Where is America?” or “What is America?” of “What is an American?”  Many more areas are denied access, even punished, for having a Bible, a Scripture other than the Quran.  Even that is to be placed on an upper shelf, untouched, and its contents to be revealed from the lectern of their mosque, the bias of the teacher incorporated into the minds of his congregants.

History, that of war, is to be studied to know how foolish humans can be and how all too often the cause for war has nothing to do with fairness, nor its outcomes able to achieve peace.  The practical element, that of the cost of war, has left barren treasuries that would have been used to continue to advance societies and the opportunities for everyone.

There have been revolutions, justified, where people became more than aware of the oppression they suffered, they became sick and incensed to the point of wanting change so much they were willing to be active participants at the risk of their own lives, seeking proper leadership for their futures, for their children, for their Country.  They knew lives could and should be better.  If they could see the outside world, how people in the free world live, they would know what is possible, what is humane, and what can be.  That is why is so many areas of the world have selfish demonic power hungry controlling leaders who deny access to information about other cultures, how lives are lived in other Nations, even how others practice religions other than what they only know. 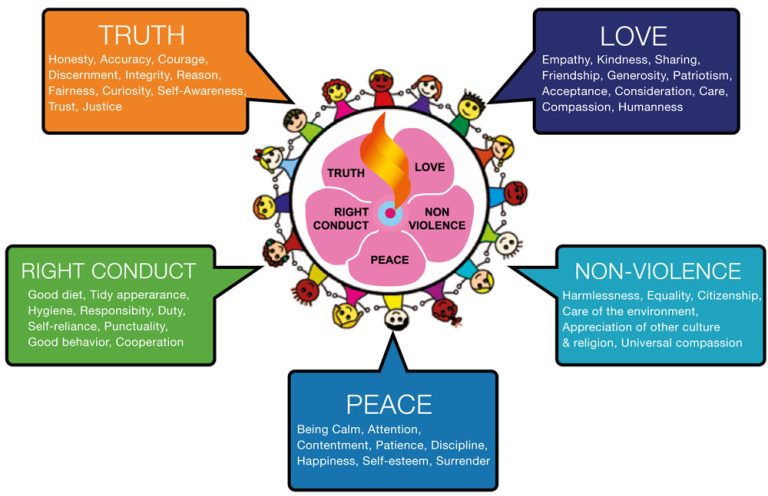 Our place in this world is to achieve a balanced and tolerant common body politic who will govern for the good of everyone, not for their Party.  And never for their Religion, although the ethical, moral, equal, fair elements as proclaimed and written are worthy of sincere consideration in the laws when intended to be all inclusive, not exclusive to the religion itself. In a loving caring household, with a mother and a father usually, there is more often the example of peaceful co-existence that should be universal. Love is essential.

Be an asset to this world.  Our value, each and every one of us, is determined by how we participate in the larger picture, a single cypher in a universe of billions, yet a cog, a part, in making the machinery of the universe function properly, as God would have it. Seek access for everyone to the plethora of information available.  If borders are to be open, it is not to people, but information that is essential. Express and demand education be balanced, factual elements be presented, opinions kept to a minimum (if at all), and history be shared from every possible angle.  Who were the great leaders, who were the worst, and why?  What makes for a great society and what steals from the person their opportunity to progress on their own?  Open doors.  Encourage debate.  Be objective. Be tolerant.  Defend what you believe, but do not deny others what they believe, yet welcome discussion.  Equip yourself with facts, not distortions.  Respect individuals, even their ideas when not in accord with your own.  Be colorblind.  Do not be swayed by claims of racism when it is just an act of defiance or weakness.

Be aware of your surroundings, those who seek power, evaluate their strengths, their weakness, and their personal goals.  Are they for the people or for themselves?  Let history be a guide, but do not dwell on the worst of the past, but progress that has been made and glorify the accomplishments. Continue to improve upon what has already been made better, from relationships to products. Help to make the world a better place because you are in it and a part of it.