Enlightenment came to the world when Martin Luther engendered many to resist conformity to Catholicism and obedience to the Catholic Church as a legal requirement (1517).   This year celebrated the 500th year of the Reformation. In addition the printing press came into existence (1453) and made available copies of the Bible for all to read and come to their own conclusion as to what was written.   Individual freedom in the pages of the Bible to be independent of the dictates of priests and forgiveness only obtained by paying and asking a human, ordained no less, was evident.  Christ died to forgive mankind of their sinful nature.  Those accepting this sacrifice, having faith in the risen Lord, are justified in knowing they are saved.

The Bible was not intended as a legal platform for the Catholic Church to use to control the masses. The human element as overseers tried to make the Bible the controlling law for followers.   A man named Erasmus found the error in their Bible, the Vulgate Bible, that allowed for doing penance to achieve the Kingdom of God, when in fact the Bible said, ‘Repent’ and achieve the Kingdom of God (Matthew 3:2).    The Catholic Church, complete with Priests and Popes as humans with a sinful nature, abused the Word enabling the then Universal Church to have power over their congregants.

Martin Luther proclaimed freedom for the believers. Having faith in the Risen Lord was justification, forgiven, to discover for oneself God’s assurance of salvation. Atonement for sins and renewing one’s life purposed by God did not require priestly responses. Believers were their own priests, able to explore and receive God’s Word directly from the pages of the Bible. The body of the faithful were a priesthood of believers.

For Islam the question that arises is an Enlightenment in their future, or is it even possible?  To answer that question a study of the Scripture of Islam is necessary.  From the pages of the Quran the Islamists, the Imams, Mullahs, and ulema take advantage of the followers; or are they correct in the requirements they insist are the standards to which all Muslims must adhere.  Islamists and jihadists will tell you they are compelled by the tenets of Islam to do and act as they do. Yet when a non-Muslim suggests they same, that Islamists and Jihadists are doing as Allah dictated, Muhammad said, and the Companions wrote they are blaspheming the ideology. They are labeled Islamophobic for reading the Quran aloud.  What is truth?

Are Muslims being duped?  Is a new Scripture of Islam needed?  Or is that new Scripture already available?  The New Testament must be considered as Christ’s sacrifice was not for Christians alone, it was for all mankind.  God’s sovereign grace falls on those regardless of the choices they make.  God will fill you, and may have already, with the Holy Spirit as you sense a new nature and direction in your daily life.  You will be purposed by God, to serve God’s purposes.

The realization that Jesus Christ died, was buried, the tomb then empty, the tomb guards were perplexed and afraid, Christ overcame death, he provided salvation for those made right with God, forgiven, justified in their faith in Christ. Jesus life and what he said is truth. Read the truth; read the New Testament. He set free those who are sanctified.  God’s love does not neglect the Muslim. His light will overcome the darkness that is laid upon the shoulders of Islam’s culturally and societal people made subjects, even slaves, knowing death is their punishment if they accept God and turn from Muhammad and Allah. God’s love and sovereign grace is for even the most evil among us, for all mankind. We all sin and can never be good enough, yet God made provision for our eternal lives. God will open hearts and minds to a freedom as never before experienced, a love refreshing and honest, and a joy that the Holy Spirit instills. God has a purpose for us all, a reason for our lives lived long or short, and when filled with the Spirit his kingdom on earth as in heaven will accompany you day and night and your purpose will be to serve him as you live your life.

The Islamic Enlightenment will occur, as the Reformation, when Muslims realize God’s truth is in the Word. Read it, study it, share it, teach it, live it, and know Christ’s story and 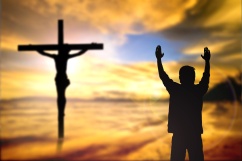 God’s Grace. Know you too are his children. You need do nothing to earn his favor. He loves you. He has done for you all that is necessary for you to be saved. That is God’s love. That is God’s Grace. Sensing a Father’s love for his Son is so great as to make him a sacrifice for our sin, taking the punishment we deserve, is to know what a transcendent God has done. God can do and be what he chooses to do or be. What he has done for his children is an unimaginable, beautiful, and most gracious gift. For this we are thankful. His light will lift the cover causing the greatest darkness once your heart opens to the truth.

In a recent movie the question was asked about Christmas, why it is when it is. The end of December, when the days are the darkest. We celebrate the light of God, a timely reminder that even during the darkest of hours God’s light, Christ a beacon of his love for you, can brighten your Spirit.